A fun dinner feast is what you will experience at Ojo Lali Arek Kalasan in Tebet with its rich and affordable selection of Eastern Javanese cuisine. What matters more that night for us was that we finally found the one thing that we’ve been looking for – tahu telur! 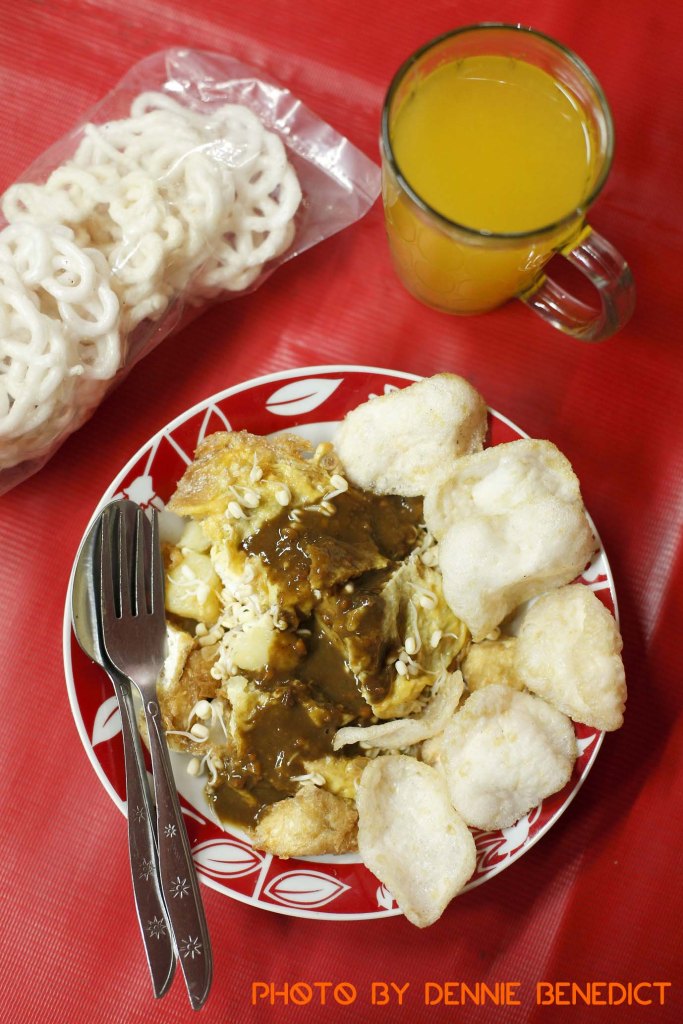 Peacefully coexisting alongside other hawkers upon one corner of Jalan Supomo in Tebet, Ojo Lali has been there for some years now faithfully selling the best of East Javanese staple dishes. For me especially, it’s a rare thing to see that a whole different dimension, specifically came from East Java, is being offered from just a single hawker other than mainstream choices found in typical night hawkers that sell nasi goreng, pecel ayam, or even if compared with your regular seafood shacks.

Speaking out of topic, not stopping here would be like when I missed my one and only opportunity to taste laksa from a pushcart I saw months ago at Menteng Pal Batu. That’s a rare stuff, by the way! Well, that might be some kind of exaggeration but Ojo Lali is stationed almost permanently here in Tebet and you won’t and should not miss it anyway.

There are plenty of options under this one, humble tent that sells its merchandise only at night. East Javanese dishes like tahu campur, tahu telur, rawon, soto Lamongan, and even rujak cingur are the things that will make you return here for everyday within a week to try something new.

So, as we all know, egg is definitely one of the most frequently used ingredients in many Indonesian dishes but to star so shiningly as a dish might be something rather unheard of. Of course we know its use for soto, telur balado, rendang telur, martabak and even nasi goreng itself, but I decided to pay my homage for one of the best from Surabaya available at Ojo Lali, and that goes for its tahu telur. 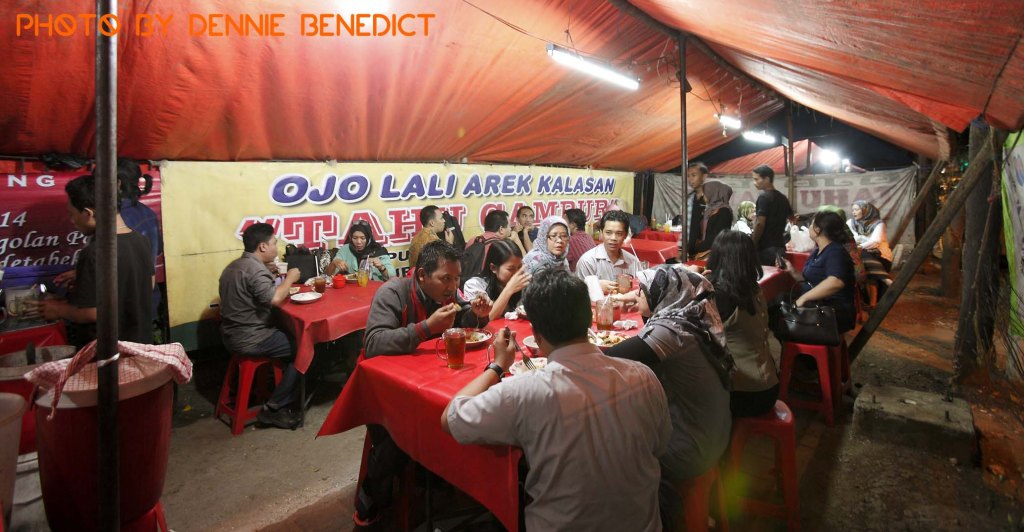 Ojo Lali’s version of tahu telur feels simpler, still mouthful, and it is well equipped with rich and silky peanut sauce. Not too many textures found here except from the crunchiness of bean sprouts and kerupuk, but it was highly enjoyable especially when added with rice cakes or a plate full of warm rice instead. Without me knowing, we finished the whole portion of it in an instant!

Also, it would also be a great idea to have share dinner with your companions here. Let’s say, a plate or two of tahu telur, soto, and rawon. Afterwards, head for the “desserts” found in rujak cingur – a delectable cow’s nose and lips mixed with vegetables and petis sauce. Like I said before, it’s a feast that’s not only fun but also affordable!