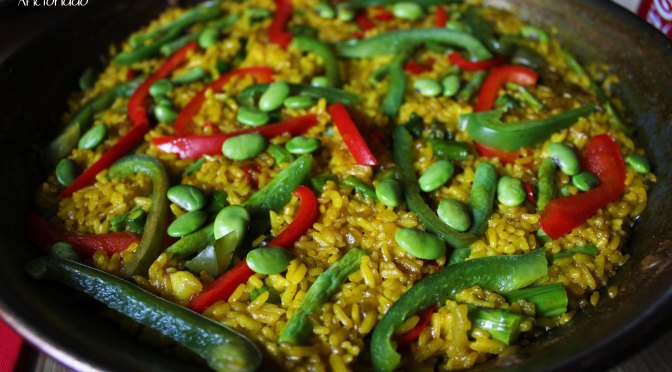 Not until the past two or three years, the trend of enjoying tapas finally caught the Jakartan foodies. What makes it interesting is definitely because of its rich variety that combines meat, vegetables, seafood, bread, and sauces.

Although Tapas is originally consumed in-between heavy meals, or particularly in the evening – thanks to the late dinner time in Spain which starts at 9 pm, but all I see in myself during my visit to Tapas Movida was a sheer lust to choose everything from the menu and it’s already lunch time by the way!

So, no fuss and just thrills. I decided to order four types of tapas, two from the pinchos (small portioned and usually served ‘stabbed’ with tooth picks), one from montaditos (‘mounted’ upon toast), and one from raciones (a rather big portioned tapas). After these babies, I also ordered the paella only with vegetables and enjoyed the good old churros with chocolate sauce. Classic!

The pinchos consists of interesting combinations such as chorizo and quail egg, mini hamburger, chicken brochette and Moorish spices, and many more. What I had that day was the grilled prawns and pineapples made like satay and tasted sweet yet savory. The hint of sweetness from the sauce, the juicy prawns, thus combined with the freshness of the pineapples was just impeccable. Try to have both of these beauties at the same time!

Another one from pinchos was smoked salmon with cream cheese filling and served upon a toast. The taste of the cream cheese reminded me of tartar sauce and it teamed up well with the smoked salmon. I’d have that anytime of the day!

From the montaditos, me and my wife enjoyed the caramelized onions served upon a toast and the aged blue cheese, but the main star did not compete well with the rest of the cast. The tenderloin was served rather generously but it was a bit tough and uninspiring in the end.

Luckily, the albondigas (meatballs) from the raciones section gave the boost back. Four albondigas were bathed inside a spicy tomato sauce which became the perfect dipping sauce for the toast. Perfecto!

By the way, aside from the paella, Tapas Movida also serves its substitute or known as fideua – made from pasta instead of arborio rice. The proteins available are exactly the same – chicken & seafood, seafood only, or chicken & chorizo. My vegetarian paella appeared impressively colorful thanks to the asparagus and capsicums. It was also decently flavored and came in sharing portion. However at the end of the day, I am not a vegan after all. So, I’d be sure to try the rest of the combination next time, especially the one with chorizo – if it’s made not from pork like from El Asador. 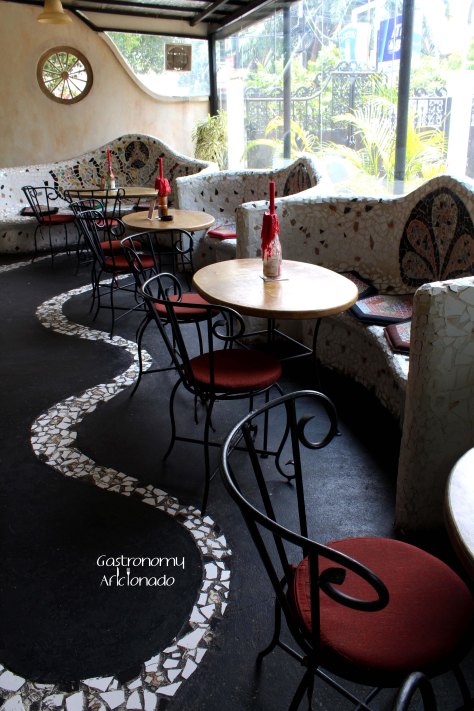 Again, it’s better to visit places like this during night-time. Of course, it’s still quiet during lunch time and you can enjoy your meals easily, however the atmosphere was rather uninspiring and I did not feel neither at home nor at a good restaurant. Tapas Movida should consider giving a warm welcome through music since the hour it opens and more lights coming from the bar. It was all too gloomy around the stage there. On the bright side though, I admired its Gaudi-inspired outdoor seats although it was way too hot to sit there during lunch time. Perhaps next time!

Some menu are suitable for vegetarians

Quite recently I got myself a complete video about an insider look on how Ferran Adria ran his El Bulli kitchen with intensity and creativity never seen anywhere else during the restaurant’s heyday back a few years ago. Well, time has not permitted me yet to finish watching this documentary. Do share your thoughts if you have watched this before. 🙂 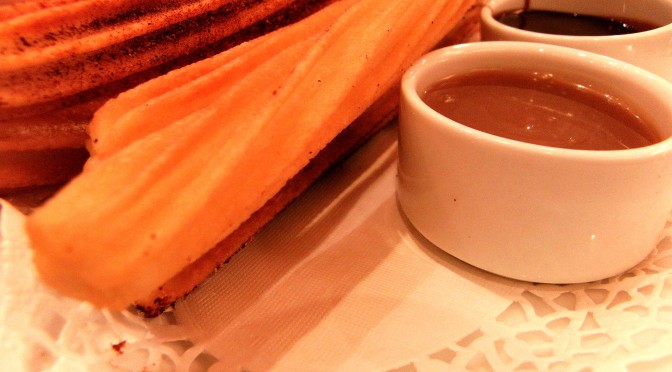