The Escapist’s Getaway™: The Wonders of Miyajima

The ancient island of Miyajima has more to it than just its legendary stature.

Miyajima was once untouched by warfare for around one millennium before the Sengoku period in the 16th century. Records showed that the construction of Itsukushima Shrine here dated since as far as the 6th century and completed like its current form by Taira no Kiyomori in 12th century.

It was not until the year was 1555 when the clan of Mouri, once considered only a small clan in Chugoku, challenged the usurper Sue Harukata of the powerful Ouchi Clan of northern Kyushu.

Taunted, Sue Harukata commanded his full army to engage the Mouri and they’re deliberately led to this island. Wily as a fox, Mouri Motonari as the patriarch of Mouri at that time, ambushed Harukata and decisively defeated his powerful army.

The victory elevated the Mouri to prominence in west Japan afterwards. Despite the eventual victory of the rivaling Tokugawa Clan and the end of Sengoku period, the pride stayed within the hearts of the people in the region and will eventually spark the ultimate transformation from feudalism era to Japanese hegemony in the 19th century industrial era.

With or without knowing the history behind it, Miyajima was the very source of this awakening – started with the victory of the Mouri clan and the eventual Meiji Restoration. In a peaceful era like now, the island welcomes thousands of visitors each year with its natural beauty, rich culture, and stories from the olden times.

Summarizing my one day trip to Miyajima, I can now conclude one important thing should you wish to visit the island. And that is to head there early from Hiroshima to spend the whole day here enjoying all the attractions, or even spend a night if possible. 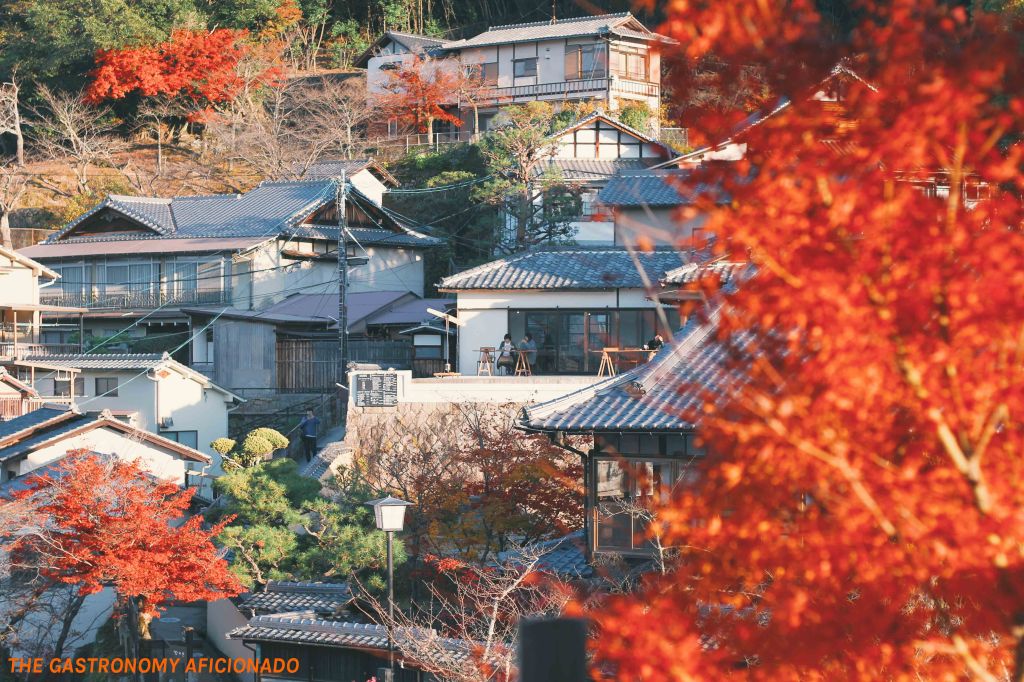 There are many ways to head here from Hiroshima. If you feel like arriving early at Hatsukaichi to board the ferry, it’s best to start from JR Hiroshima Station by using JR Sanyo Line or if you are planning to visit the Hiroshima Peace Memorial Park first – you can use the streetcar from Genbaku Dome for cheaper but longer travel time. Alternatively, there are buses available as well heading to Hatsukaichi or you can even use the high speed boat from Hiroshima Port for JPY 1,800 and head straight to Miyajima.

The ferry trip from Hatsukaichi to Miyajima came with a very considerate price. It took only JPY 360 for a round trip, but bear in mind that the service stops at 5pm. That’s exactly the reason if you wish to spend only a day at Miyajima, then it is best to arrive early. However, if you would like to spend a night – there are more than 25 hotels available, scattering all over the island. 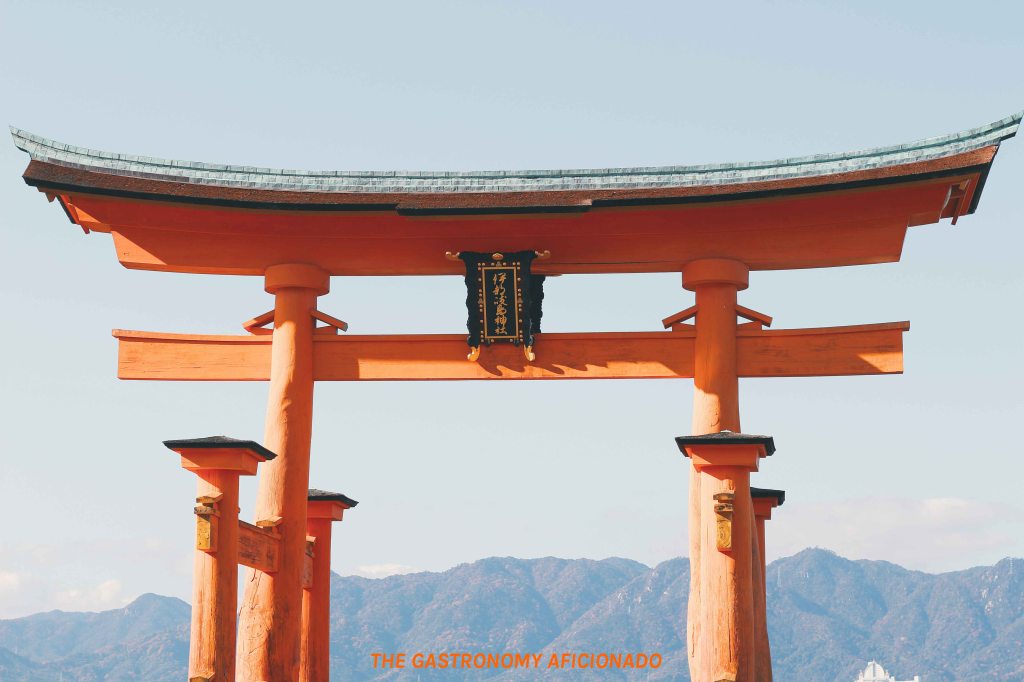 The short ferry trip was a memorable one as you can witness the legendary Itsukushima torii or the giant orange gateway of the shrine. Later today, visitors can witness the magnificent view of it when the rising tide came, covering some parts of the torii.

Arriving, it’s best to head straight to Miyajima-cho, the only town in the island and spend some time shopping souvenirs or having your meals. Miyajima is known for its conger eel rice bowl and oysters. I had my terrific all-about-oysters lunch set menu at Kaki-ya and spent additional dime trying Marukin Honpo’s conger eel buns. Another what to do at the town is to shop at Yamadaya for their famed momiji manju and even taking a hands-on class on how to bake these sweet delicacies. 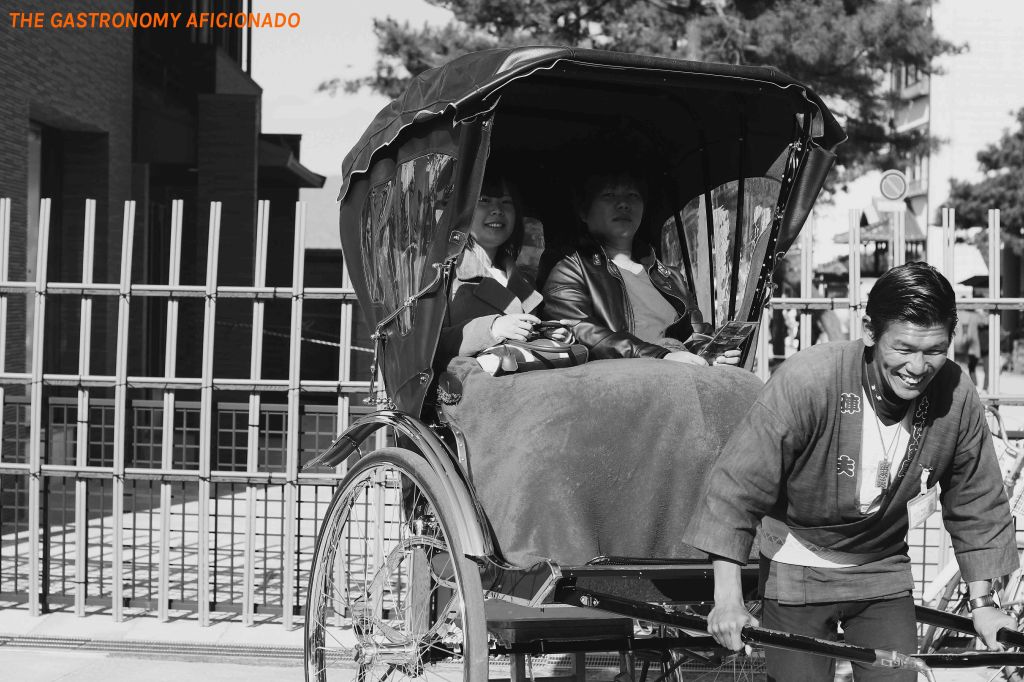 The distance was a short one from the town to the shrine and I particularly enjoyed my autumn beach walk, funnily accompanied by these inquisitive wild deers attracted with the food I brought. Alternatively, some rickshaws are also available at your disposal, ready to take you anywhere around the island and a blanket to keep you warm.

As expected, the very view of it took my breath away. It was like a dream come true, that this beautiful cultural heritage that I had seen in many pictures since my childhood finally can be witnessed firsthand. Particularly, it reminds me of my father’s travels to Japan in the 80s and that I can finally relive his moments here. I wonder if anyone else there shared the same thoughts as well.

However, the trip is not considered complete without visiting the shrine as well. For an additional entrance fee, you can spend some time inside and seeing the priests praying and passing you by, marveling upon the architecture, seeing the torii from here, and even encountering newlyweds wearing beautiful traditional garments. It’s like a journey through time again here, realizing that it was like this back in the medieval times almost a thousand years ago which you can still experience it today.

Alas, it was almost time to leave the island already. Nevertheless, I fully maximized that fleeting moment by having a good cuppa at the island’s famous coffee shops – Miyajima Itsuki Coffee and Sarasvati, while also passing by the Five Storied Pagoda and reserving my dreams to hop aboard the ropeway to Mount Misen and enjoying Miyajima from above.

One response to “The Escapist’s Getaway™: The Wonders of Miyajima”