What happens during the island hopping between Hiroshima and Ehime is more than just passing the great bridges and scenic surroundings. 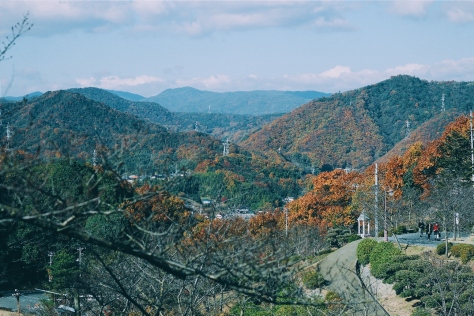 One of the biggest highlights during my latest trip to Japan was the journey from the mainland to the island of Shikoku. It was a rarity for Indonesians to visit Hiroshima and Miyajima alone, and now to cross through a series of small islands and suspension bridges along the way made the whole trip even more memorable.

The roads leading to Shikoku from Honshu came in three different parts. The first one is from Kobe via the Akashi Kaikyo Bridge. The second one would be Great Seto Bridge which links to Okayama prefecture, and then lastly the direction that I took from Onomichi to Imabari of Ehime prefecture.

The latter, known as the Nishiseto Expressway or popularly known as Shimanami Kaido, is probably the most unique in Japan. Not only that the highway links six islands between Hiroshima and Ehime, there are series of bridges which are considered as the longest in the world when combined. Furthermore, these bridges can also be crossed also by bicycles and on foot.

That is why Onomichi is the town where cyclists from around the world gather to prove their mettle by crossing these wonders upon the highway that spans around 70 kilometers to Imabari. Professionals usually continue with the return trip on the following day.

After crossing the islands of Mukoujima and Innoshima, we stopped by at Setoda on the island of Ikuchijima. While the town appears sleepy yet pleasant, it is known as a major producer of octopus and having the all-about-octopus lunch set at Mansaku was another highlight of the trip.

Nearby the restaurant and still on the same street of Setoda-cho, this town is also known for its impressive Kosan-ji Temple. Built on the hillside; the temple complex houses several buildings, a bell tower, a 15 meter high Kannon statue, thousands of cultural items, and ultimately the Miraishin no Oka – a monument comprises of 5,000 square meters of Italian marbles and granites sculpted by Kazuto Kuetani. 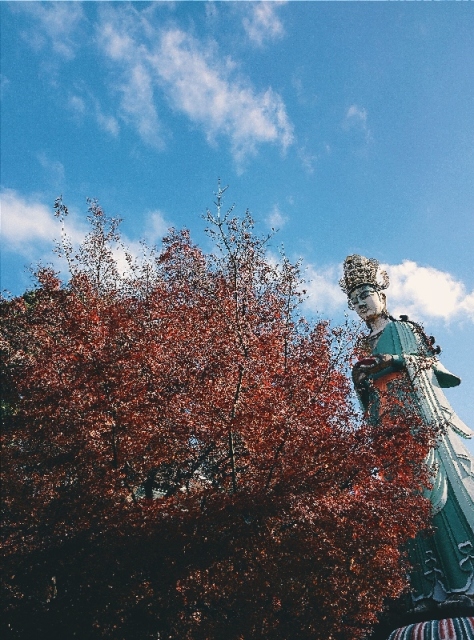 Not far from the temple, we paid homage to one of Japanese finest painters – the late Ikuo Hirayama and his art museum. The museum has three exhibit halls, a theater, and also a tea shop. It houses Mr Hirayama’s finest nihonga paintings from his travels around the globe. 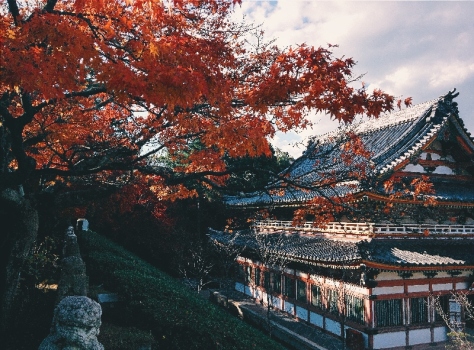 Paintings depicting cultures from civilizations of Europe to Southeast Asia are presented here and up to one of his latest masterpieces depicting the bridge to Imabari is also housed in the museum. Here one can also witness how Mr Hirayama started it all with his impressive paintings from as early as elementary school age, a passion that he continued until he passed away in 2009.

Leaving Setoda and heading further south, we passed through the islands of Omishima and Hakata until we reached Oshima island. It is the final island before the entering Imabari and ending our trip that day. 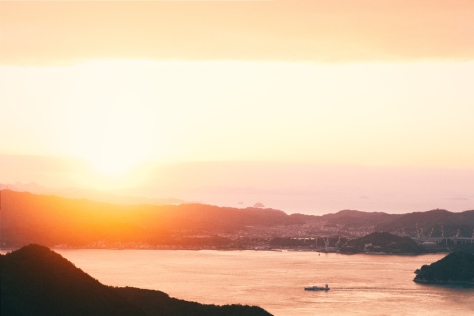 We arrived just in time to Kirousan Panorama Park on the highest peak of the island that oversees one of the finest horizons I have ever seen in my entire life.

To the north are the islands that we have passed by during our trip and bordered by the narrow sea on the west and the eastern side. The best view came from the southwest where you can witness the brilliant sunset showering the magnificent bridge and the city of Imabari from afar. 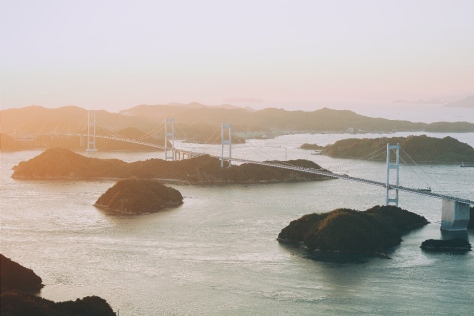 From up above, the boats were passing by the Seto Inland Sea and under the bridge, heading to one of the ports around Imabari. Perhaps we’re also sharing the same astonishment with the whole golden view of sunset. Still at the panorama park, there’s also the exact spot where Ikuo Hirayama used to paint the whole scenery.

The setting sun finally disappeared but giving the hope that one day we might meet again one day here. It’s now time to pass the last bridge, the longest of all on the Nishiseto Expressway.