Anchors aweigh! We are now sailing for a wild seafood treat at The Hook!

The Hook, as the name suggested, has many things you always wanted from a seafood restaurant. Located conveniently across the famous Blok S square, the restaurant rests comfortably on an intersection between the busy Jalan Suryo and Cikatomas. It has the all needed sunny large windows surrounding the laid back atmosphere inside. It is as if you are retreating to seek solace, away from all the commotions on Jakarta’s streets.

Initially I thought that The Hook might be another version of Fish & Co. or Manhattan Fish Market. Apparently it is not. While there is a fish and chips on the menu, the restaurant actually employs an immense use of grouper fish in different presentations. The grouper or some might more familiar with the term garoupa fish, is exclusively provided from a farm at a remote island on the pristine waters of Arafura Sea – far to the eastern part of Indonesia. 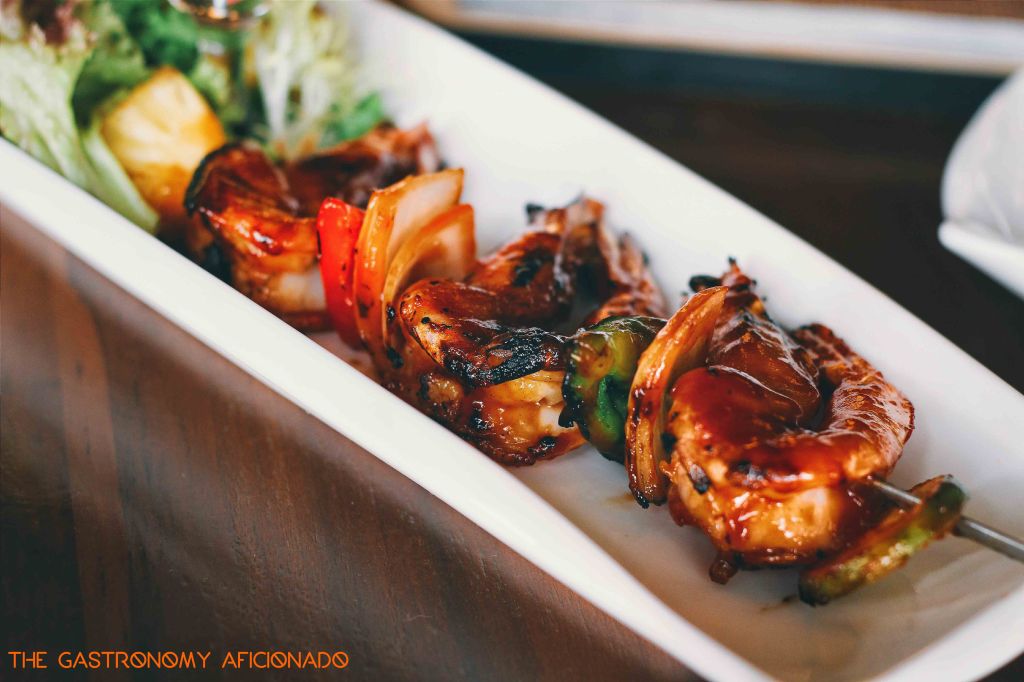 Heading straight to the food, start with something fresh and light such as the grilled prawn schasclik smeared with beautiful BBQ sauce or perhaps the fish roll satay served with chili dipping sauce. They are both appetizing and will certainly refresh you for the next course.

One among the signature dishes at The Hook is the steamed humpback grouper. Steamed fish retains much of the nutrition with the original taste and texture of the fish itself. It was made savory and delectable after a good marination process and receiving further treatments from the delicate soy sauce with herbs.

While at it, treat yourself also with other fine creations from The Hook such as the grilled Emperor grouper, grouper steamboat with vegetables, the deep fried grouper ribs withrica-rica, and more from other fruits of the sea such as lobster Thermidor, stir-fried black pepper Papuan crab eaten with mantao, and even the grouper head with turmeric fish broth.

With the garoupa playing the central role here, it does sound interesting and appealing. If you are keen, let us sail together for The Hook!

THE HOOK
Not halal-certified
Some menu are suitable for vegetarians