Searching for soto Bandung in Jakarta is like finding a needle in a haystack, let alone hoping to find something in par with the origin city’s legend like Soto Bandung Ojo Lali, for example.

Even though it came from a city which is closer to Jakarta than any other places in Java, the popularity of soto Bandung in Jakarta seems to be overwhelmed by those coming from Kudus, Lamongan, or even as far as Padang.

With a little bit of effort however, we were lucky to find the one and only vendor of all the hawkers available in the street food alley that connects Jalan Sabang and Thamrin.

Sponsored by a local bank nearby, the alley unveils more than enough option for a proper street food adventure. The soto Bandung is sold by a small vendor that also offers bubur ayam and nasi goreng. They might be playing it safe, but for those with keen eyes, the soto Bandung should be an apparent choice of all. 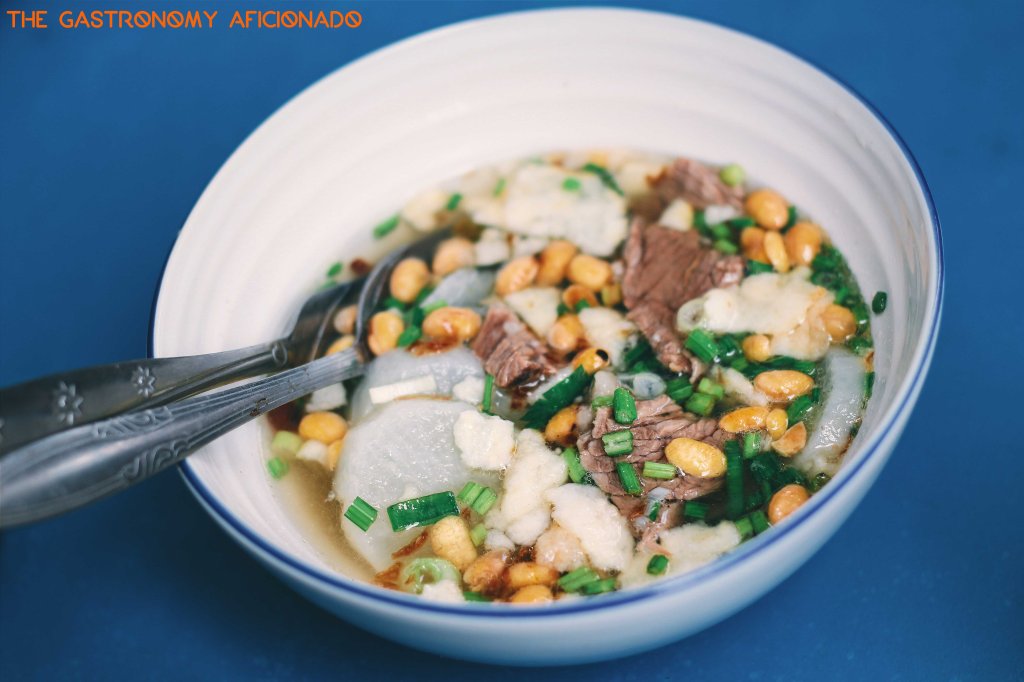 While other soto usually uses coconut milk, soto Bandung relies on the power of beef broth and its clear appearance of the soup. The use of lobak (radish/daikon) is the most prominent feature of this soto and is accompanied by chunks of brisket and a lot of fried soybeans. Emping crackers are optional, but would be a great addition for the dish.

Soto Bandung BSM may not yet reach the likes of Ojo Lali in terms of quality, or let alone its legendary stature. The soup needs a lot of working to do but still, it is nostalgic for those who know how soto Bandung should smell. For that, Soto Bandung BSM nails it. The amount of beef was generous but I would have my emping next time separated just to avoid them getting too damp because of the soup.

Other than these, I have no quarrel – just as long as I can get sentimental anytime.