In a strategic area in the neighboring city-state is where luxury of modern interpretation and traditional values live side by side in harmony.

A harmonious coexistence between progressive urban landscaping and cultural legacy of olden times is known only in few selected cities around the world. Singapore is one of them.

In many areas where Singaporean government strictly preserves; the economic and cultural activities thrive from shophouses to museums and hotels. Among them there is one that sets a fine example of marrying both worlds.

AMOY is located in the vicinity of Far East Square, a plaza where a collection of Peranakan heritage shophouses are rejuvenated into restaurants and retail shops.

Here lies the nearing two century old Fuk Tak Chi temple. As a relic of the past where the Earth God was once revered by the locals, this temple has now been transformed into a museum, and it has become a vivid reminder of the olden days.

Uniquely, the museum is now an essential part of the hotel and entering AMOY by a luxurious limo from the airport through here is an experience of its own. Head further in and you will find yourself in a junction heading to the mazes of Far East Square, but before that, there’s the lobby for you.

Greeted with smile and a refreshing welcome mocktail, the courteous staff warmly welcome me and readying the room swiftly. On the second floor, a small adventure awaits. After several turns and small steps of stairs in between, finally it’s home sweet home.

In addition to the usual numbers, the rooms here are also named over commonly used Chinese family names – which are also inscribed on a wall at the lobby. Turns out it was a useful reminder, especially when one time I accidentally forgot my room number!

The deluxe double room is an amazing example of utilizing the space for maximum comfort. It begins with a couple of short steps descending to the bedroom, where coziness awaits in a form of a queen size bed, flat screen TV, iPhone docking, and a Nespresso machine. Free amenities from Wi-Fi, landline call, as well as drinks and snacks from the minibar are also at your disposal. Most importantly as well, the bedroom is all basked under natural lights coming from the broad windows – bringing in both spirit and contentment.

There’s a touch of Chinese heritage on every angle; from a coffee book table of old Singaporean postcards since 19th century, the embroidered cushions and porcelains, and if you are lucky – real beams from the past on the ceilings. The bathroom itself has that darken, elegant atmosphere where Asian influenced wooden flooring and panels are all designed in details and harmoniously befitting each other.

Local and continental breakfast are the options in the morning for AMOY’s inhabitants at JIN Fine Dining on the ground floor. Additionally, the restaurant also offers a rich, full fledge Japanese cuisine for lunch and dinner with excellent service. 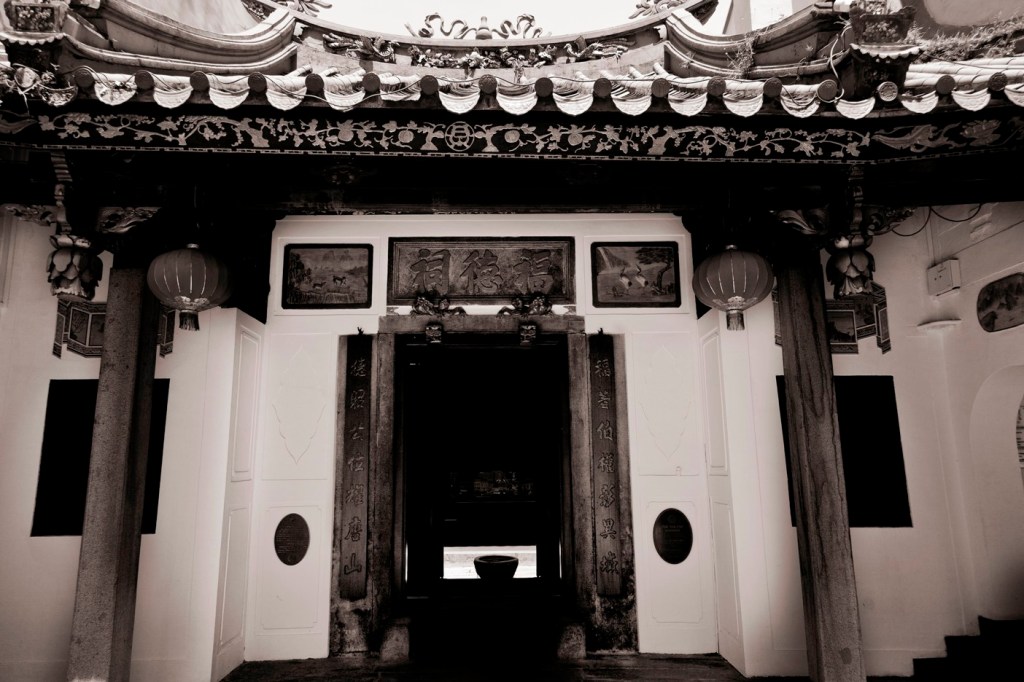 AMOY also boasts its strategic position to start the city exploration. Just across the hotel, you will directly find a taxi stop and an MRT station. I prefer to enjoy the urban scenery by walking, starting from the financial districts and heading further to Boat Quay or to as far as Merlion and Esplanade.

A stay at AMOY means experiencing excellence, fulfilling beyond the basic comforts one would seek any hotel. As a wonderful addition to that, let us immerse with what this country has to offer from its vibrant past, present and future.

Photos are courtesy of AMOY