Known as one of the youngest contestants of senior MasterChef in the world several years ago, the current Kevindra Soemantri seeks more than just cooking even at his tender age still. He shares the story with me upon a trip to his most beloved street food in Jakarta. 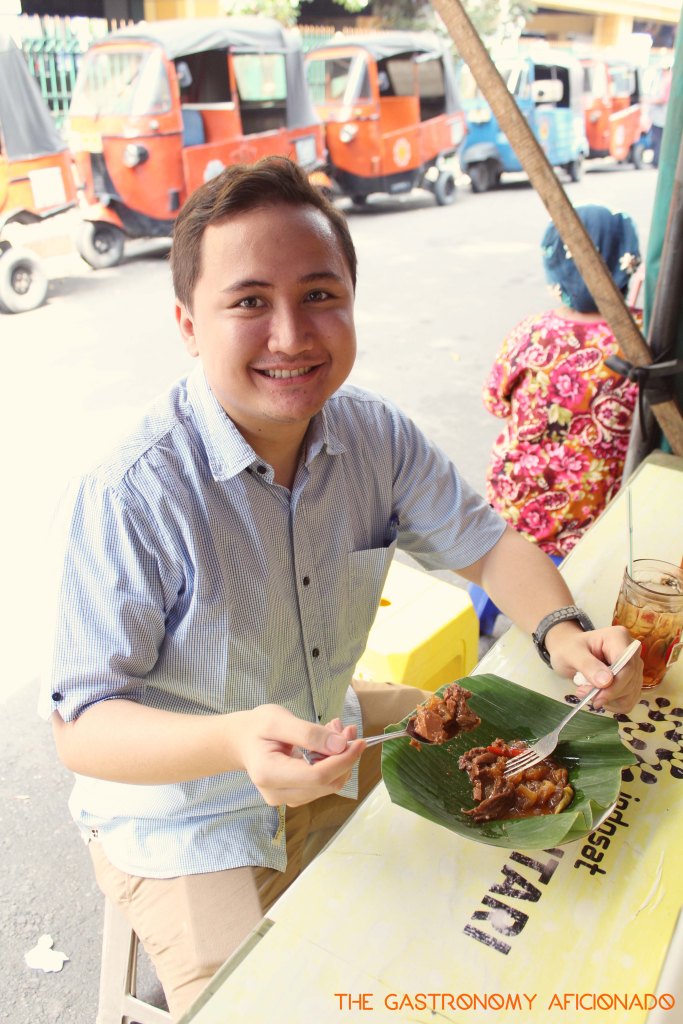 It’s been a few years since we last saw the high school prodigy from the first season of MasterChef Indonesia who reached the top 10. Born in the family where he could learn about food business from his father and about cooking from his grandmother, the experience with MasterChef Indonesia ultimately was the decisive thing that leads him to dedicate his life more than just a foodie.

Since then, Kevin, as people would call him, has been exploring his finesse in several professional hot kitchens and now contribute himself as a writer, as well as the recipe creator, for a food portal where he now works with other young and talented chefs.

However, it is our mutual interest in the history of food that brought me and Kevin to meet. Aside from compiling recipes for cookbooks, Kevin is currently progressing well with his ambitious agenda to write about the iconic restaurants around Jakarta.

“The book will not only discussing about the where, but it will also point out how the history evolves in each restaurant and how food has been playing a very important role in the history of Jakarta”, he said and pointing out as well that Jakarta could be one of the few cities in the world that remembers its history well. Of course, that would create a conscience about the importance of it and will help to contribute tourism in the long run.

With that spirit, we decided to meet at his favorite side street gudeg just beside Gondangdia Station. “Ibu Tinah has been serving gudeg basah since 1974 and when my family used to live around this part, this was the first gudeg that they introduced to me and be it for sentimental values or not, it’s always been the best gudeg all my life”, expressed Kevin.

People kept on flocking there to buy their lunch and upon tasting it, I thoroughly agreed with what he said. We had our seconds right away.