I miss Scusa and everything about it. It has been awhile since I had an exciting Sunday brunch back then where everyone could enjoy the food from both Scusa and Java (now Rasa).

Just around two months ago, Scusa appointed a native chef to revive everything again that I and many other Italian cuisine fans had been waiting for. My encounter with the chef Gianluca Visciglia was for another affair but upon knowing that I had missed my lunch, he decided to whip in some cool stuff to go with his main dish. 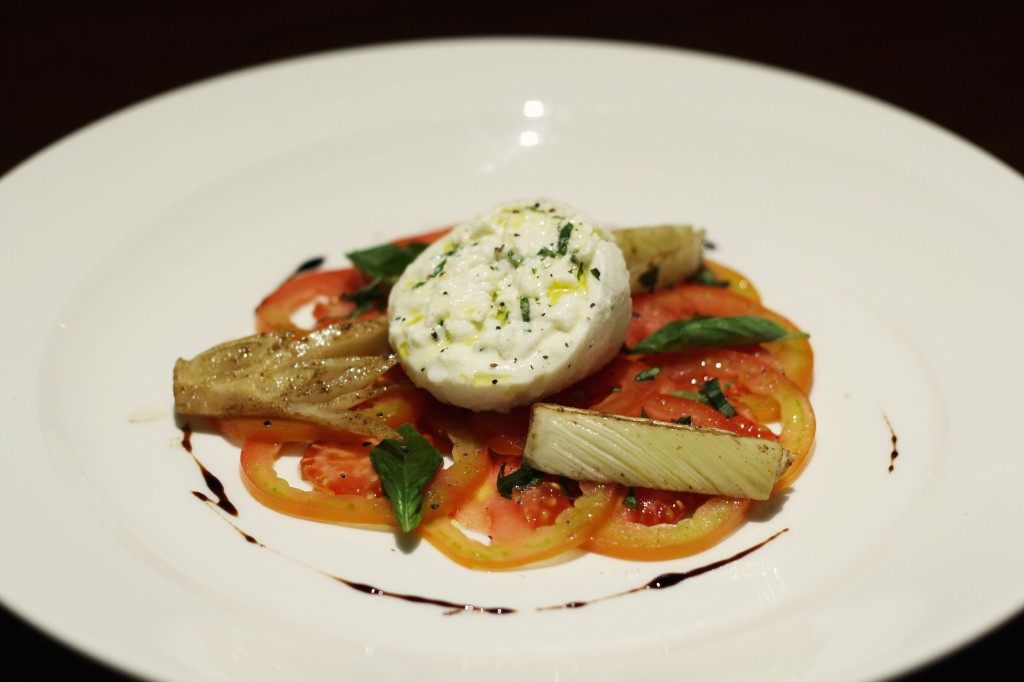 As a starter, he made some kind of less creamy burrata, which he named something that I unfortunately did not remember or unable to find any similarity with burrata (oh come on, you’re a journo Rian!) and he put the glorious cheese on top of sliced tomatoes. Around the tomatoes, he placed lightly fried fennel with garlic and butter. As a finisher, he drizzled extra balsamic vinegar and of course, the olive oil.

It was lighter than the magnificent burrata that I just had several weeks ago at Caffe Milano but it was impressive still. The use of fennel is what that elevates the whole thing and if it wasn’t for the chef’s finesse in the kitchen, it would just be another appetizer in some Italian restaurant.