Bandung’s current sensation is not about a new place to hang out or its famed street food or even its mayor’s interesting initiatives. Tebing Keraton, the newly found landmark with a stunning view have gone viral for some time now and we went there to see what the hype is all about.

The northern hills of Bandung have always been like a mystery to me. For many years, I sought refuge in-between the ‘more developed’ part of the hills that has good restaurants or cafés with a great view to the city, a bit of jungle trekking at Taman Hutan Raya, some paintball wars upon the slopes of Dago Giri, or even just seeking for fresh air.

Also, the very hills that encircle Bandung have undergone so many developments from restaurants to real estates and there’s always another alternative route either revived or recently built heading to Lembang and Maribaya. It feels like an open canvass for so many improvements and there’s always something new coming out from here. 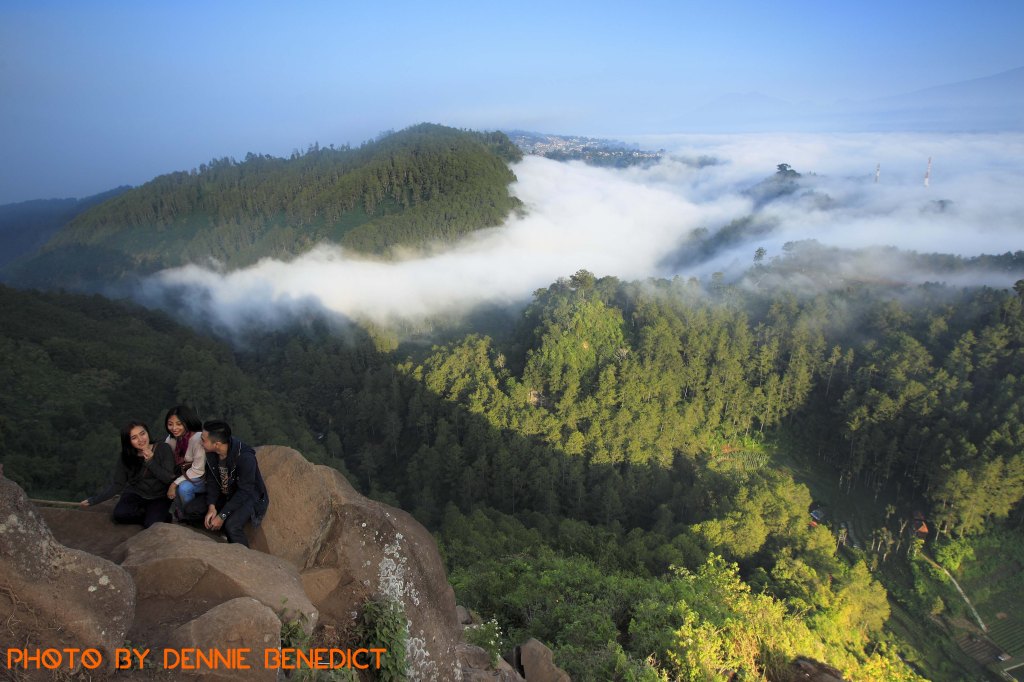 With anything goes viral for the past few years, it’s not hard to find whenever there’s something new from Bandung. Tebing Keraton (Keraton Cliff), although as Javanese as it may sound, is the trending topic for the past few months and its spectacular images shared by people intrigued us to try and test the experience ourselves.

Against the chilly morning

We headed out fresh since 5am from the upper side of Jalan Dago to catch the sunrise. It is imperative for the travelers heading this way to leave a bit early and avoid weekend if possible since this cliff is mostly frequented during these days.

The direction is pretty much straightforward but as a first timer, you might rather worry with the distance and the road condition uphill. Heading out with sports utility vehicle or motorcycle is more advisable than low height sedan or fully-packed family car.

The easy direction is to head left to Taman Hutan Raya and upon the next intersection, head right to Bukit Pakar Utara, since heading left would lead you to Maribaya.

Continue to head uphill for several kilometers until you reach Warung Bandrek Dago – the cyclers famous watering hole en route back downhill. Please note that the road heading up since Bukit Pakar Utara would be intermittently in-between good and bad tarmac, thus the reason why to use special kind of transportation means.

Not far from Warung Bandrek Dago, you will find another branch on the road and try to look for a semi-permanent signage telling that heading left will lead you to Tebing Keraton. By the way, we encountered a minor hiccup from several shy people who offered ‘transportation service’ by motorcycle under pretext that the road ahead is impassable by car. So you have to man up and speak confidently, noting that you are a regular and they will rest their case in an instant.

After a few kilometers from the last intersection, the local officials will any passersby for an affordable entrance fee and then they will lead you to where you should park. I was actually quite happy to see how the locals empower themselves to organize everything and mobilize the citizens of the nearby settlement to accommodate the visitors. The parking lot is sufficient, people are ready to assist, there are warungs nearby for snacks and coffee, clean toilets, and also a modest security measures at Tebing Keraton itself.

As soon as you have paid the fares, tread the winding path for around a hundred meter to reach the spot. Finally, you have arrived!

Tebing Keraton feels an open space like an observation deck over the skyscrapers around the globe. There you will witness the stunning 180 degrees of view overlooking Mount Tangkubanperahu far in the north and also the valleys, the forests, the pine trees, and the morning mist as far as the eyes can see. We arrived at least around a half an hour earlier before the sunrise and the crowds were anticipating the moment so much like I did. 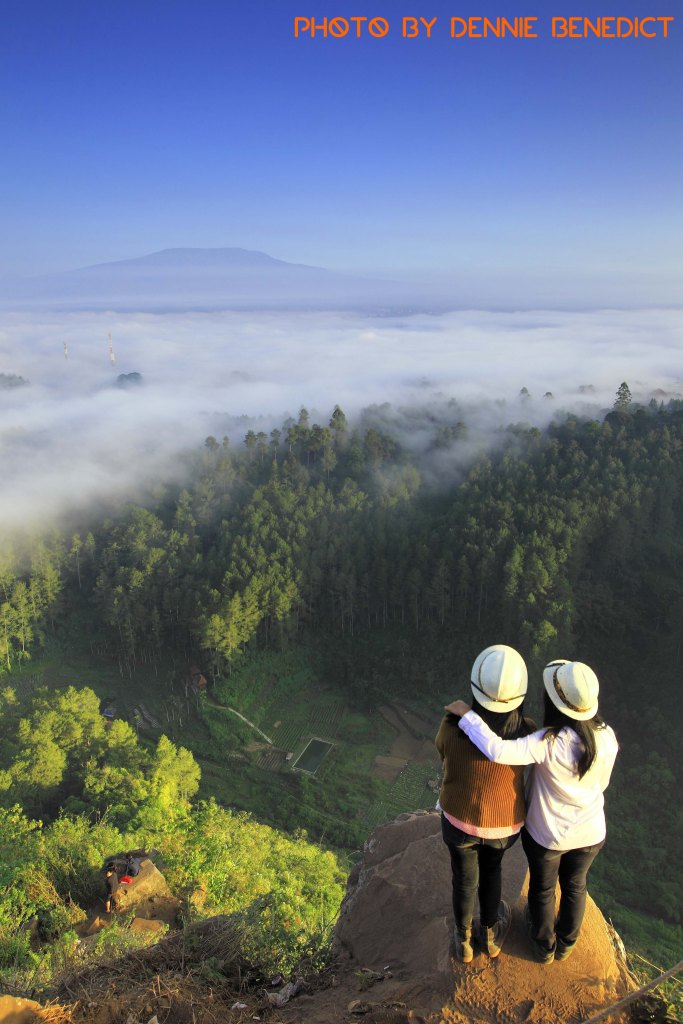 Finally at around 6.15, the sun rose spectacularly and it was the moment where true photographers would fire the shutters, teenagers do their selfies, while the rest of us enjoying the mesmerizing moment solemnly. I decided to enjoy the moment longer than the rest of the people until the blue sky arises from the horizon. The mist was eventually disappearing and the vast greenery became unveiled, clearing the view of so many small things that we would deem as beauty from such height. Such magnificence!

On my way back, after a cup of coffee in a nearby warung, I head back to the city with an uplifting spirit and reminiscing already such a grand moment that I rarely feel in city life. Perhaps one day, it is time to witness the sunset from there but I’d wake up early again to repeat such experience.