Selling door-to-door has been a useful technique for many businesses. One lady who used this very effective technique to sell her, now famous fried chicken, is Ibu Suharti.

In the 1960s, being a relative of Mbok Berek – famed for her fried chicken recipe, Ibu Suharti began her own fried chicken business and started selling around the neighborhoods of Yogyakarta alongside her husband. Business was never easy but yet the couple managed to save up enough money to set up their own restaurant in 1969.

Unfortunately for inexplicable differences, the couple had to split in the 1990s and that is why there are two restaurants which carry the similar name. Ibu Suharti decided to go without the Nyonya or “Ny.” and put her own photo on the signage of her restaurants, while the ex-husband uses the logo of two chicken face-to-face with each other with an “S” initial in-between.

From the beginning, Ibu Suharti used only ayam kampung and despite it being smaller in size compared with the broilers, the chicken packs a really intense flavor that cannot be compared with any other fried chicken thanks to her particular recipe. The chicken comes whole or half portions and is golden color, signifying the perfection of the frying technique and the marination process. The chicken is also accompanied with the crispy kremes or flour and spices remnants used for the chicken. That certainly brings the chicken into a more complex umami flavor that no one would even dare to skip.

Additionally, Ayam Goreng Suharti also serves other delicacies such as buntil, gudeg, and the gurame complemented with her signature kremes or perhaps you may want to try the grilled chicken instead. For family dinners out, the usual Chinese-style stirfries are always there to please everyone and would make a fine addition to the fried chicken with extra kremes and sambal. 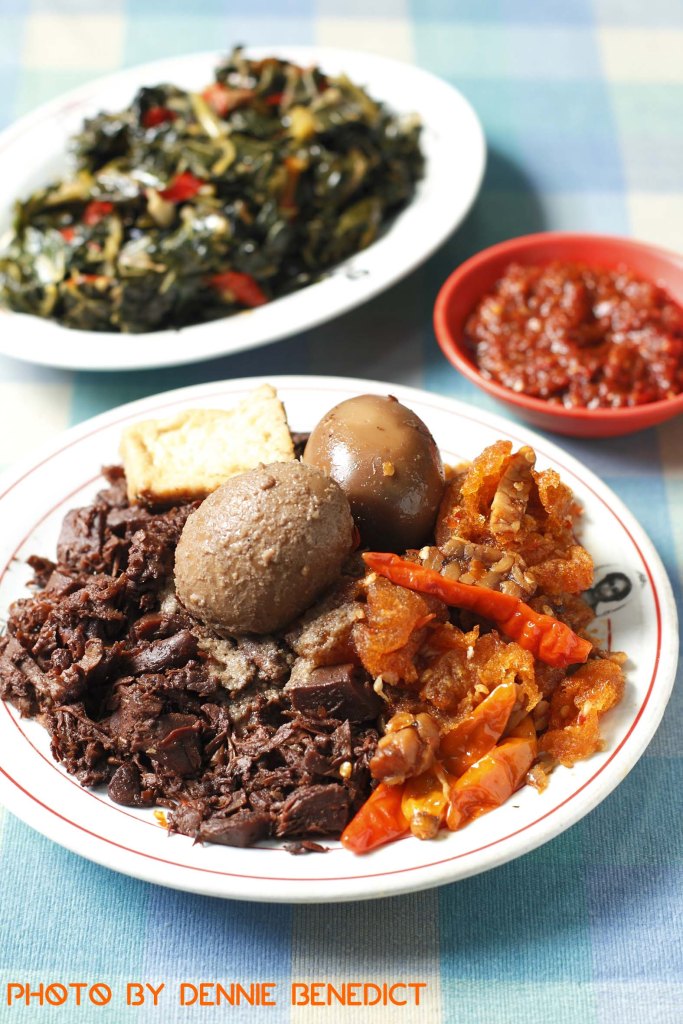 We can safely say that Ayam Goreng Suharti has won the hearts of many Indonesians, I remembered a conversation with an ex colleague of mine some time ago. “When our family was poor, having Suharti’s fried chicken was like a royal treat. I remembered that we ate it little by little so we could enjoy it longer”, he said reminiscing his younger days many many years ago. Indeed, whenever we see Ayam Goreng Suharti, I also consider it as a timeless delicacy that will never be forgotten and suitable for special occasions only.