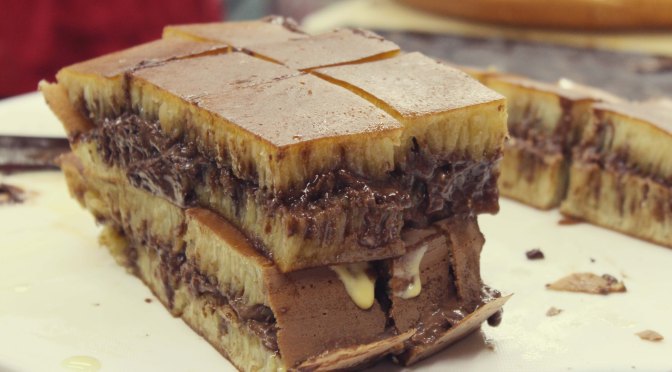 Around last year, Jakartans were developing some sort of intense madness towards a spin-off of the usual martabak recipes and that was because of the use of Toblerone or Nutella as the alternate toppings.

During my coverage for The Foodie Magazine last November, I instantly received the revelation right away from the owners of Martabak 65A. Danniel, the second generation owner, actually confessed that initially they were about to shift into delivery business after Eid last year. 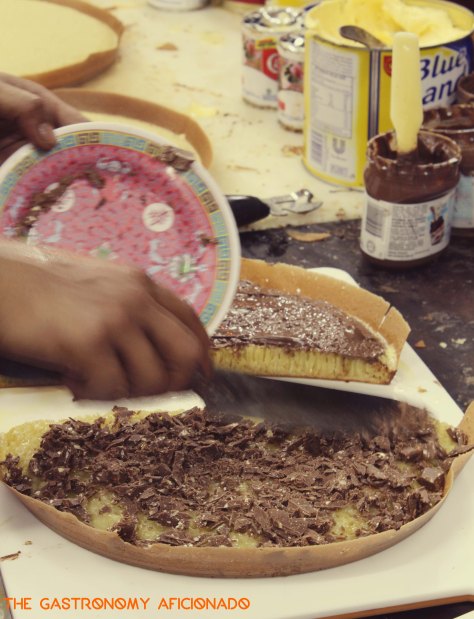 “We have bought two motorcycles and learn the know-how of delivery business, but I decided to give it an earlier start for our new recipe using Toblerone and Nutella”, said Danniel.

In no time, the innovative recipes soon drove Jakartans mad and one may queue for around two hours just to get their share of martabak. Thanks to Danniel’s activity on social media promoting about it, even more people came by to see the mythical creatures themselves. While you might be on the conservative side for martabak, it’s actually interesting to test a new angle with the concoctions – especially when that involves the legendary Toblerone, Nutella, and also Skippy. 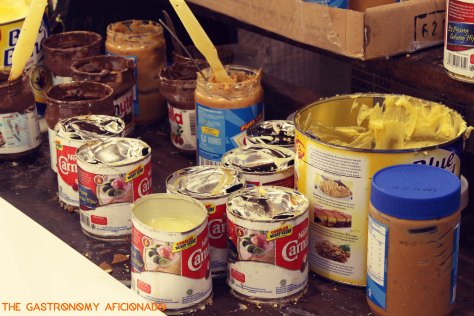 “Perhaps by now, the motorcycles are already blanketed with dust”, said Danniel laughing about it.