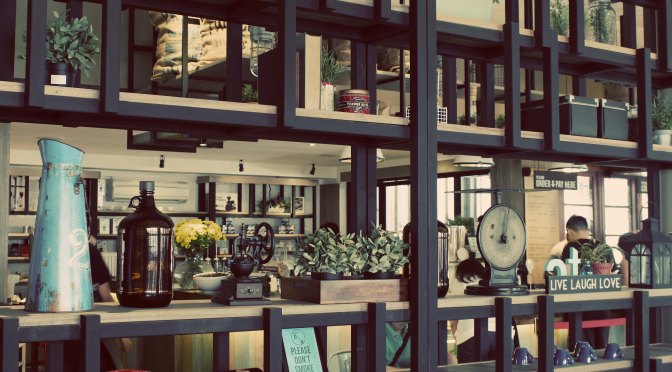 A chance meeting brought me and Mr Adi Taroepratjeka, our celebrity coffee brewer known as @peminumkopi, to meet at one of Bandung’s latest and hippest scenes – Two Cents Coffee.

During our weekend workliday with the bloggers at Hilton Bandung, Aldo – one of the PRs who happens to know a lot about local coffee scene, agreed to took us for a short ride to a coffee bar nearby. Of course, we’re more than happy to see more of Bandung’s latest development and especially me, who is actually a native of this town but shamefully backwards with the current know-hows.

Much to my surprise, the man behind the La Marzocco Strada was none other than @peminumkopi himself. Of course we ran through greetings and friendly banters until finally I found out that Two Cents is one of his coffee consultancy projects.

It appears also that his flair for creativity can be seen from the menu here and despite still in the process of standardizing the formula, I was very pleased with the quality. On another occasion, I also enjoyed thoroughly the creme brulee piccolo, brewed by another barista.

That very afternoon, I was offered a really intriguing drink that he named as Basil Espressotini. So basically, he brewed the espresso and let the liquids flow through inside a shot glass full of ice cubes. Next, he transferred it into a shaker which was already filled with fresh basil and shakes it. The result was simply awesome – I bet that people would think it as a basil-infused tea, very soothing and refreshing. But in truth, it’s all about coffee! 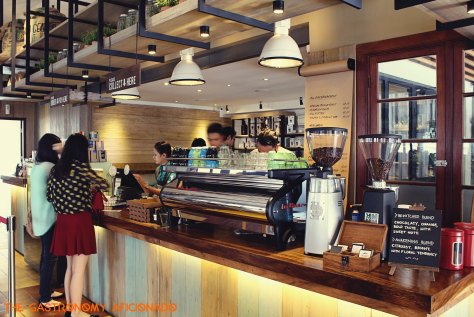 So despite the overwhelmingly expensive price tag on the food, Two Cents is an excellent place to hang out or to work with great coffee in-between. However, since it’s one of the hippest spots in Bandung currently, you might want to plan your visit better.