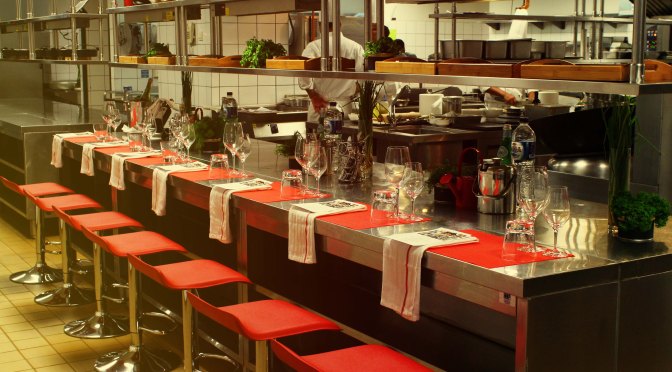 Bandung sets its own pace when it comes about food. Due to the ‘isolation’ from foreign influences for so many years (until the direct toll road from Jakarta was inaugurated in 2005), the citizens of this town prefer to have their traditional approach when it comes to food.

For years, five-star hotels in Bandung have been struggling to introduce their modernist approach in culinary appreciation but most met their dismay. However, as somebody who has been exposed to Jakartans creative ideas to enhance such appreciation – from food festivals, pop-up parties, and even Michelin-starred dinners; finally for the first time, Bandung has the chance to be exposed to one of the most interesting initiatives. 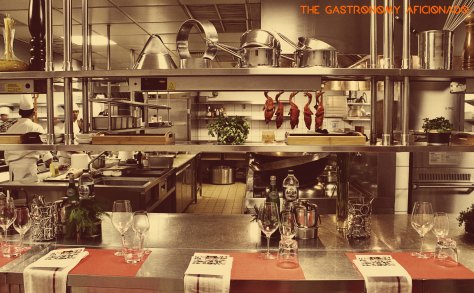 Hilton Bandung, for instance, gracefully prepared me and my fellow food bloggers a royal treat that came from the chef’s table concept. Instead of experiencing to the usual cozy cushions, jazzy tunes, and tuxedoed waiters; in chef’s table you are witnessing lively scenes from the clangings of woks, line cooks coordinating with each other, the sound of chopping and peeling, the chefs carefully plating the dishes, and the opportunity to be served directly by chefs of high echelons while also corresponding with them regarding what they’re serving.

Yes, it all happened in Bandung and inside the Hilton Bandung’s kitchen. 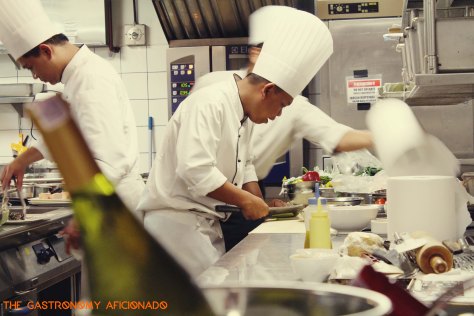 For gourmet people like my fellow bloggers, it’s an honor to be served this way and even if we were in Bandung, which I deem as a city which is less exposed to culinary aesthetics rather than Jakarta or Bali, having the chef’s table session brought joy upon myself specifically because I was simply witnessing progress in Bandung.

The four course lunch was highly enjoyable from start to finish. The chefs were more than delighted to converse with us about the lifestyle updates from Jakarta, while we’re also learning a lot about the ideas the behind the dishes served that day.

We started with a poached salmon and the tuna tataki for the appetizer that went well with refreshing accompaniment of lettuces, honey lemon vinaigrette and chili. An intermezzo was created in-between with a lemon sorbet to clean our palates, because of course, we are about to enter the world of beef and chicken soon!

Yes, here comes the best part of the day that rules my mind until this very day. What else would you ask rather than having a really, really good pindang iga for lunch. Not only that it was served with rice – which we Indonesians can never reject; the ribs itself was tender, sweet, and majestically blends in with the herb-ish, spicy and sour kuah pindang. The burst of flavors and the spiciness made me sweat a bit but I enjoyed it thoroughly!

The homemade papardelle with breaded chicken fillet came next and was also of nice quality. I was intrigued with the use of celery as the garnish upon the pasta but it did give the whole flavor an additional dimension that you won’t expect from the usual Italian creamy pasta dishes.

Ultimately, the chocolate fondant sealed all the deals with its freshness, its chocolate-y adventure, and all complemented with vanilla ice cream. That’s an epilogue that I was looking for to wrap the whole story into one, sweet finish.

What a fine experience it was and to think that it happened in Bandung was more than just a dream for me. Thank you for the great food and hospitality, benevolent chefs of Hilton. For the next post of my short journey to Bandung, we’re heading for Lembang!

To eat again, of course!