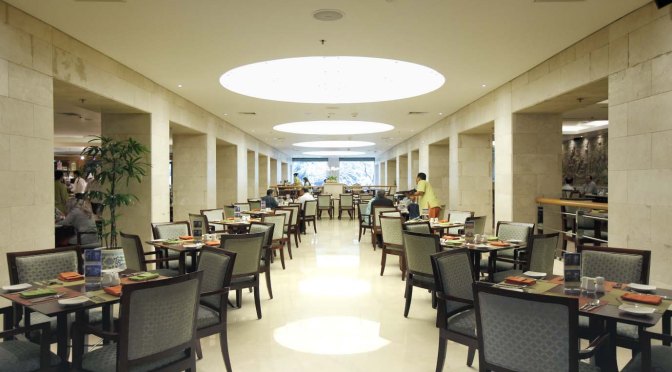 One dish that is loved and enjoyed by many Indonesians as well as foreigners is the sop buntut or oxtail soup. And for the past 40 years, there is no other restaurant which everyone would point to for the best sop buntut but the iconic Bogor Café at the Hotel Borobudur.

Hotel Borobudur holds a very special distinction in Jakarta. Not only that it is one of the oldest hotels in the city, built on vast acres of land within the heart of Jakarta, and in close proximity to the city’s most famous tourist landmarks and government institutions, it also has, for food lovers, a great set of restaurants from different genres and supervised by local chefs.

Bogor Café was inaugurated in 1974 and is widely known to have the best sop buntut in town. The specific reason behind the success and popularity of the café’s sop buntut can be traced back to a brilliant move back in the 1970s. Back then, a certain hawker stall selling sop buntut could be found just outside of the hotel, this stall was very popular and according to rumors, then Indonesian vice president Adam Malik was one of its regulars. After a while, the hotel management decided to ask the vendor to introduce the oxtail soup in the hotel instead and since then the legendary dish has been casting a magical spell upon the hearts of so many.

At first, the hotel set up a trolley that served the oxtail soup just nearby the main buffet section, served directly for the customers by an attendant. The oxtail soup proved to be successful among the patrons and at that time, the daily consumption reached 75 kg. As time went by, the sop buntut gained more popularity and it is estimated to this day, Hotel Borobudur has sold around 2.5 million portions of sop buntut and firmly establishing claim to as iconic and legendary. Now Hotel Borobudur serves around 350-400 kilos of oxtail a day for the oxtail soup and the buffet comes with all-you-can eat oxtail soup.

Since it started, the hotel has had to raise the quality of the oxtail and now only used top quality oxtails from Australia and New Zealand to make sure it has standard size, weight, and fat content. The quality of the meat has to be complemented also with the soup, which Bogor Café has consistently managed so far by using a strict recipe that incorporates Indonesian spices such as nutmeg, cloves, ginger and peppercorns. Aside from the original oxtail soup, Bogor Café also serves grilled oxtail and oxtail fried rice. 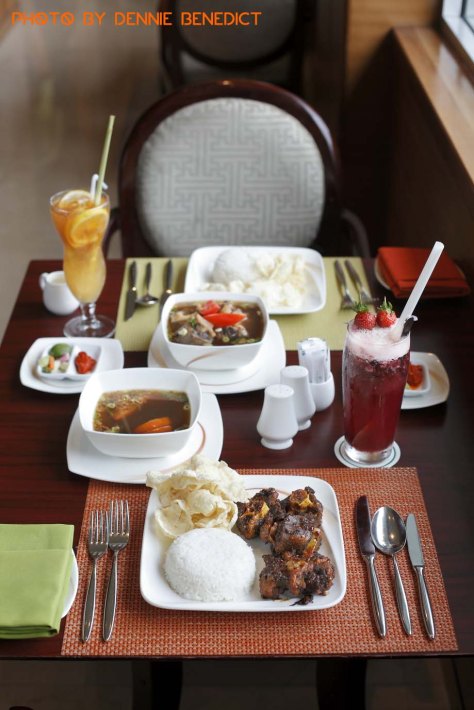 As the hotel’s all day dining restaurant, Bogor Café also carries other cuisines, including the Japanese buffet, Indonesian dishes, and delightful desserts which include a wide selection of homemade ice cream that everyone would not want to miss. Because of the popularity and success of the Bogor Café sop buntut, from the time of Sukarno until the present, the hotel has decided to branch out to the malls, opening Bogor Café branches in Pacific Place and Pondok Indah malls. A singular fete which is unduplicated in Indonesia. Now patrons need not head over to Hotel Borobudur to enjoy their favorite sop buntut, they can just pop over to the malls.

Hotel Borobudur renovated Bogor Café in 2005 to increase it’s space and accommodate a larger capacity of guests. Now it is ready to welcome a larger crowd of adoring fans of its celebrated sop buntut. Every year, during the Hotel Borobudur’s anniversary, one of its gifts to its patrons is a discount equivalent to the age of the hotel for it’s famed sop buntut. That, my dear foodies, is an annual opportunity you don’t want to miss.