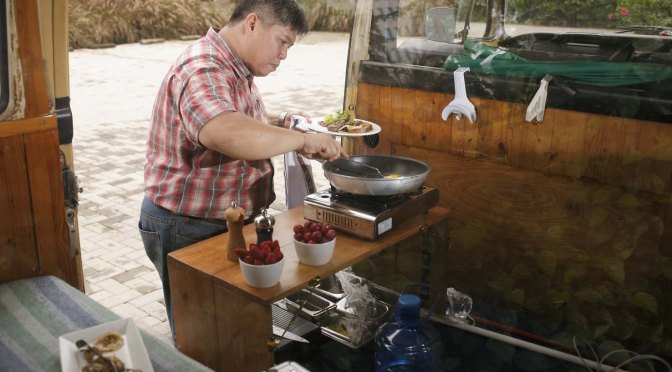 Everybody has their own extra-curricular activities. Some turn to collectibles, others get involved with in organizations or charities. The Park Lane Hotel’s chef Deden Gumilar shares with us his Volkswagen Kombi activities. But on top of that, we found out that the affable chef is also a romantic.

Oftentimes we found ourselves admiring the crafty culinary creations in a restaurant without really knowing who the mastermind behind it all. In my line of work, I happen to be fortunate enough to have that chance to get to know the players personally and appreciate their efforts directly.

My visits to The Park Lane Jakarta have given me that particular enjoyment, especially with the grills of their Stix restaurant or the all-day dining options at Café One. However I never really had the chance to meet Executive Chef Deden Gumilar for some reason. Probably it was just a course of fate. 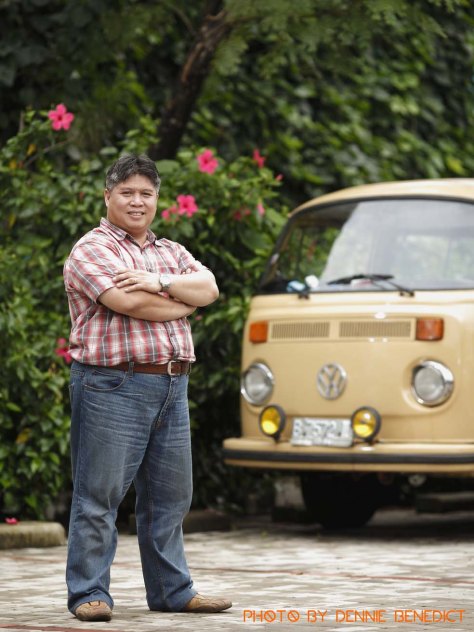 One gloomy morning, I busted my way through Jakarta’s infamous hustle and bustle and seized the opportunity to meet the chef! He brought along his pride and joy – the Volkswagen Type 2 or what we often know as VW Kombi, and took us all for a small picnic on the park. Chef Deden has been in the thick for preparations for the reopening of Riva Grill, Bar and Terrace, so much so that he has been spending long hours in the office and kitchen. With Valentine’s approaching, he was thinking of throwing his wife a surprise on V Day, and we were invited for the ‘trial’!

For many occasions, Chef Deden cooks from his beloved car. He brings portable stove, a small table, table ware, utensils, and other chef’s equipments. That morning while he prepared us the food, he told us his journey so far with his camper car. 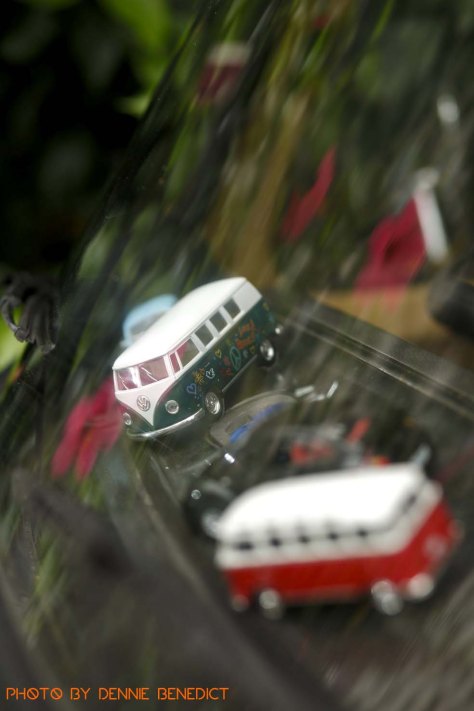 “Volkswagen has always been my thing and this Kombi dates back since I was still in high school”, he admitted proudly. Truly, it’s rare to see VW Kombi nowadays considering the maintenance variables and how religious you can take care of it, but Chef Deden enjoys the challenges and manages to keep it up and running. He has even given it a rustic touch by installing wooden panels inside the car to make it homey.

“There was a time when I took her to office everyday but the traffic has been getting unbearable for the past few years”, he said. “So instead, I took it out only for club gatherings and picnics with my family”.

Chef Deden says that he never uses his Kombi for long journeys like some club members he knows, he’s afraid that the antique will not be able to withstand such a trip. Instead he usually takes his family for shorter trips around West Java. “Sometimes we take the trip for mere change of scenery and fresh air to Selabintana, just nearby Sukabumi, or to visit my family in Majalaya”, said the chef.

On his way, the family would stop anywhere they want for a quick breakfast or brunch that he would prepare fresh in the Kombi. “My kid usually asks me to make something simple like fried noodles or fried eggs, but when I was alone for trip with my wife, we’d have something nice for a change”, he blushingly admitted.

The romantic food he’d have with his wife would be something like we enjoyed during the picnicking that time – croissant filled with smoked salmon or slices of bread with pan-seared beef and onions. To make it fancier and more romantic, Chef Deden sometimes cook beef steaks with herbs and eggs.

While for almost the past two decades the chef has been working in several kitchens across the country with so many challenges, turns out that Chef Deden retains a warm personality and love for his family. Perhaps only a handful of people would have thought that having a hobby could make someone become more romantic, and that’s what we found out from a chef like Deden Gumilar.