‘There’s always time for steak!’, exclaimed the young and athletic chef, Aditya Nathanael, who took us on a tour of his favorite steak joint.

Which steakhouse in Cipete? Of course it’s none other than Abuba, well-known in Jakarta as a hugely successful local steakhouse. ‘Whenever I’m in the mood for a hearty steak. I come here, others might say I come too often!’, said the jolly chef.

For Aditya, his love for meat came from his training at Meat and Livestock Australia in Singapore. There he excelled not only in making the cuts but also in grilling them. ‘I came to appreciate restaurants which can grill their meats well. For me, Abuba has that consistency. Another thing I love is the babi guling from Warung Ibu Oka in Ubud, because of how delicate it is and they do it well all the time’, he added. 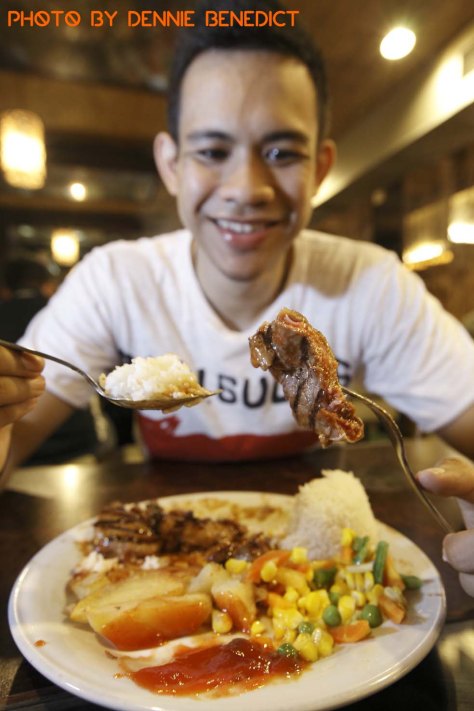 His steak came and he added the extra rice which he ordered and put plenty of chili alongside the medium-grilled tenderloin – a kind of mixture that he likes a lot apparently. Somehow I can remember how people usually have their own formula of sambal, vinegar, and kecap manis for their bakso and that’s exactly what I saw with Aditya and his relationship with grilled, juicy beef!

Even with his diet, Aditya is aware on how to keep his good form. ‘Between my time running restaurant projects in Jakarta and Bali, I tend to eat a lot. But I compensate with my usual mixed martial arts training and CrossFit workouts’. So that’s the secret recipe then!