The 125 year legacy of PAUL from France has finally arrived in Indonesia. Located just outside of Galeries Lafayette at Pacific Place mall, the flagship store has been hosting full house crowds since it opened.

PAUL all started modestly in 1889 as a family bakery business owned by a farm worker named Charlemagne Mayot in the city of Croix, in northern France. Five generations later, they are still adhering to their strict traditions of perfection in their craft. The bakery now sees the world beyond France with branches found in other parts of Europe, The Caribbean, the United States, Middle East, Asia, and now in Indonesia. The Indonesian flagship store will also be the precursor of upcoming outlet designs around Asia thanks to its space and alfresco concept.

If you happen to walk past the store at early hours, you will be witness to the bakers inside busy at their stations as early as 3am for bread and 5am for the pastries. A whiff of the sweet aroma of the bread and pastry baking will make your stomach growl! All these freshly baked goodness are ready daily as the store opens for breakfast. 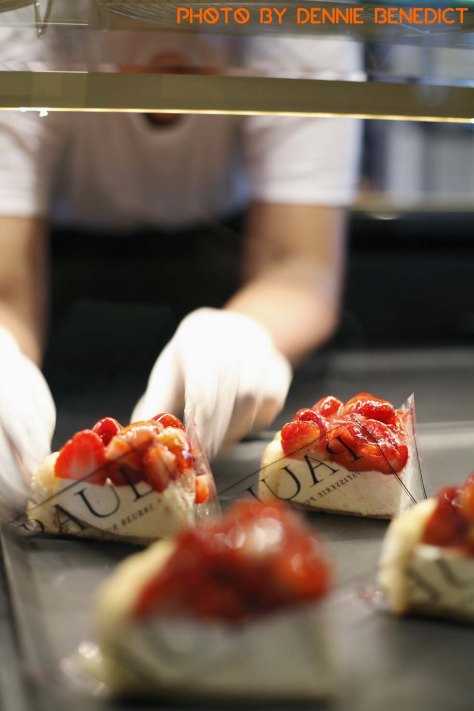 Among the best sellers from PAUL are their famous French long bread – Flûte PAUL and of course, the delicate croissants as well as the beautiful chocolate mille feuille. Additionally their colorful variants of eclairs are definitely not to be missed. Patrons have been flocking to the store to sample Jakarta’s finest breads and tastiest pastries to date, so be ready for a queue when you visit.