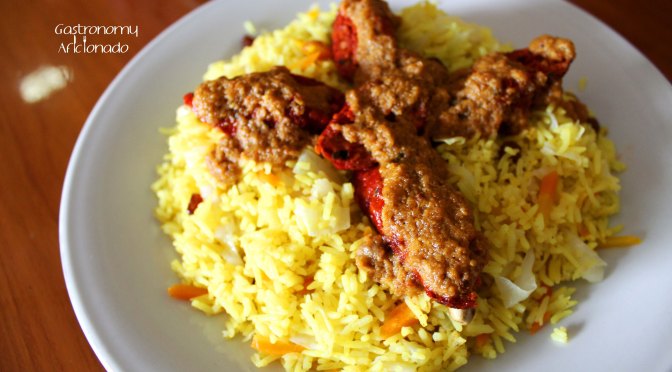 Busy and forever effervescent, Jalan Radio Dalam has been serving forever-craving Jakartans especially on their way back to the southern suburbs after working hours. One of many reasons why we should sometimes take a break here and enjoy what this street has to offer is because of this particular restaurant that supposedly only serves Chinese cuisine judging by its name, but who would’ve guessed that it serves also Indian/Pakistani cuisine? Hereby, I welcome you to Aneka Bubur 786.

Since time immemorial, a Pakistani carpet merchant and a Chinese restaurant live together side by side peacefully. Until one day they decided to join forces and create something never seen before in Jakarta – Chinese & Indian/Pakistani restaurant under the same roof. 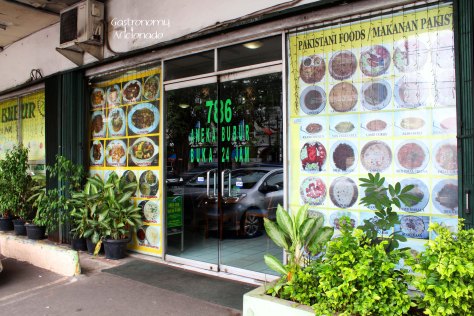 The restaurant presides over the old Chinese restaurant and has direct access to the carpet shop own by the Pakistani compatriot. Aside from carpets and the restaurant, they also sell a large number of art collections from paintings and Middle Eastern trinkets. This will make everyone can’t believe at first that they’re in a restaurant. However, with its sizable space, the restaurant managed to fill in with numerous dining tables and if you want so badly to enjoy your Indian/Pakistani dishes upon a carpet, you can always choose to do lesehan here.

Years ago, I first knew about the restaurant through several television shows and mostly highlighted its rich variety in Chinese-style porridge. Some of them are also fused with Indian/Pakistani influences and even the restaurant has probably the most expensive porridge in Jakarta, by using saffron! From what I saw last time in the menu, the saffron porridge will cost you around IDR 88,000 per bowl, however instead of tasting it, I decided to just stick with its South Asian cuisines and my oh my, I had a really great time with it.

Aneka Bubur 786 does provide an extensive South Asian cuisines from start to finish. I was tempted to try the kabab, samosa, or pakora but decided to just dive in for the main courses instead. To share the togetherness with my wife, I chose the biryani rice with seekh kabab or known more as shish kebab. It took some time to serve this baby but it’s really worth it as not only the lamb kabab tasted to divinely flavorful and fulfilling, the rice was also fragrant and rich with condiments.

The additional protein came from lamb korma with generous amount of diced lamb which I found tender and juicy but of course, korma is indeed a fiery dish. Aneka Bubur 786 don’t use coconut curry for its South Asian dishes but instead with yogurt and cream. As you can see, the lamb korma appears like beef rendang but it’s definitely different and all you got to do left is to order the good, warm bread and dip it to the bountiful curry. Wander through Aneka Bubur 786 rich bread dictionary from chanai, paratha, naan, chapati, or kulcha. Real South Asian people might know better what and when to use specific bread, but treat your curiosity impulsively instead!

The good closure came from the South Asian-style yogurt drink, known more as lassi, and a Pakistani herb-ish iced milk tea. Although service was slow at first, the trained cashier wrapped everything up well with his knowledgeable remarks about the restaurant’s dish and even entice us to take a look at the carpet collections. Well I had to decline the offer but at least now I know well where to find great South Asian cuisines restaurant around South Jakarta and next time, it’s going to be the porridge time! Or with the curry dishes again? Hmmm..