As one of the prominent F&B groups who battles its way as the ruler of the culinary scenes in Jakarta’s shopping malls, Boga Group recently unveiled its first ever prasmanan-style brand. How will it fare in the future?

At first, you can clearly see the prestige of Boga Group applied well and shines among other competitors around the newly found food court at Lotte Shopping Avenue of the glamorous Ciputra World shopping mall in Jakarta. The message Boga Group wishes to convey is that now they have entered a new niche where Chinese food can become affordable for everyone, since we all know that most of Boga Group brands are mostly upscale-ish such as Paradise Dynasty and its Japanese compatriots of Ten Ten and all-time favorite Pepper Lunch. 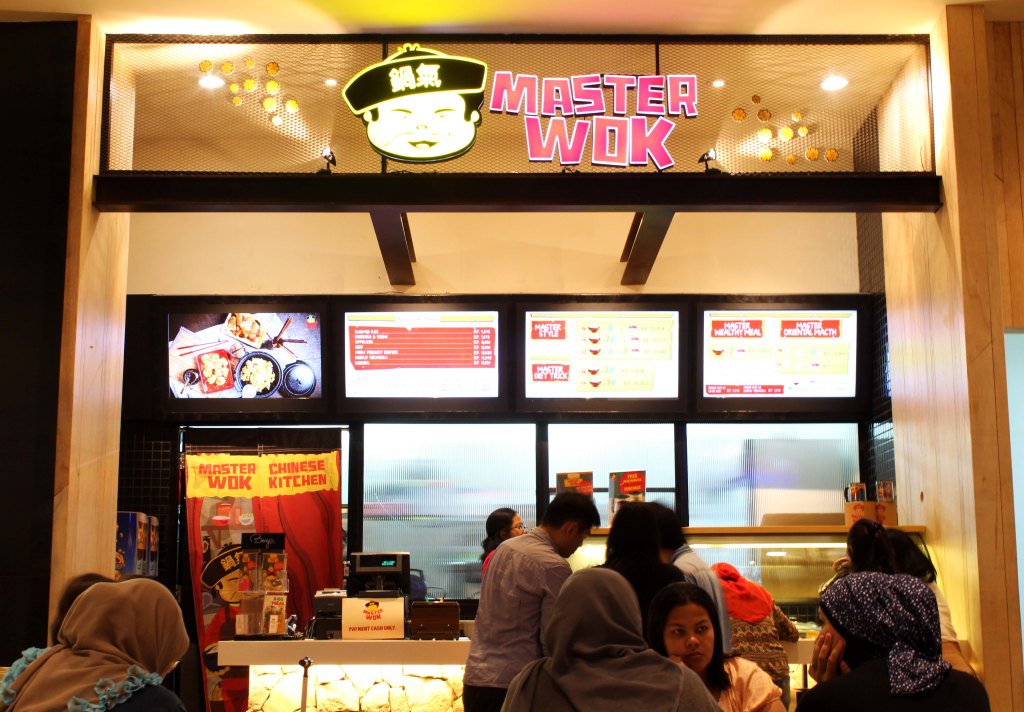 In terms of portioning, Master Wok serves its Chinese dishes bento style. For instance you have to pick a flexible package of rice with two vegetables and one meat or three vegetables only or other designated combinations. I had my Chinese bento box filled with fried rice, General Tso’s chicken, tofu, and shrimps fried with salted eggs. It was actually a pretty decent combination however I found that the vegetables were cold and even though they supposedly keep the food warm on the display. So, you’d better ask first before making them fill in your bento box.

While most of the combinations are priced around IDR 30,000 after tax, the drinks are actually that made everything pretty exorbitant. So in the end, you might have to pay up around IDR 50,000 VAT, while at the same time, you could opt to pay this much for Pepper Lunch Express, which happens to be the same brand under Boga Group once again, and that goes with a drink as well. We all know and love Pepper Lunch so much with its sizzling, forever-mouthwatering rice dishes but here you might risk yourself for not getting the hearty lunch you’re looking for, thanks for the modest portion, and even also have to spend more to achieve that.

So, this is gonna be a homework for Master Wok if they really want to compete against other familiar players in food courts. But let us instead count on Boga Group’s experience for future improvements. For now, I’ll just wait and see.

Halal-friendly (not certified yet)
Some dishes are suitable for vegetarians