Halal Facts: Halal Status of Food in Indonesia (by: Epicurina)

A few days ago I came up with a subject about the halal status of my reviews so far. I understand this is not an easy task as it requires further study and it may give quite an impact on how we should perceive food in the future. To note also that this is an issue which a friend of mine said, may be quite confusing, even for a country of Muslim majority such as Indonesia.

By the way, another good friend of mine Bayu has formulated the halal rating for his blog and in the meantime before I finally formulate mine, hopefully this might be useful for your judgment. 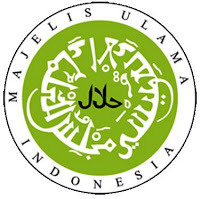 Halal is a term used by Moslem around the world to indicate its conformity with the Islamic rules of diet. There are some food groups that fall into non-halal status; however much more are fall into halal status.

Included on the list are also food products that mimics, or originated from those forbidden eats; hence a 0% beer made from de-alcoholized regular beer would still be considered as haram for both reasons.

Excluded from the list are carcass from dead sea animals, i.e. fishes, whales, which is allowed to be consumed — given that its condition is still good for consumption.

As the case with Indonesia, despite of having 85% of its 240 million population moslem, Indonesia are still considered lacked behind in Halal standardization, this is due mostly because people are still having comfort relying on ethnic stereotyping; if you looks like pribumi (natives), you’re most likely to produce (and eat) halal food.

However this is a false assumption since there are many food related practices, even traditional ones from a moslem dominant population, that actually contradict with Islamic rules of diet. Especially since Islam teaching in many parts of Indonesia are still mixed with traditions, and other belief system from the pre-Islamic era, e.g. animism and dynamism. For example, the consumption of marus ordadih, which is a coagulated blood that’s seasoned and cooked into a firm consistency; it is forbidden in Islam but traditionally it’s a delicacies.

Also taking into concern the foul practices merchant does in the name of profit, or other misbehaves caused by simply naive unawareness.

Without too much dissecting or validating its appropriateness, following are the types of Halal status that commonly applies in Indonesia, and works on general situation elsewhere as well:

Food in this category are considered Halal by observer’s assumption, with observation mostly based on main ingredients used; that it is not from the forbidden group of food.

It is usually applies when a more convincing level of halal is absence, while the observable parts of the food/drink are considered as halal. It also applies when further detailed inspections are not able to be performed.

However due to different understanding and level of halal knowledge Moslem have, expect a diverse opinion on the conclusion. And even though there are examples of this kind of practice done in the prophet’s presence, some would prefer to ditch food fell into this category in thinking that it’s better to leave a doubt and choose what’s firm.

Food in this category are claimed Halal by the seller’s claim, and most halal food in Indonesia are fall into this category. This kind of claim is usually good, and should violation of halal dietary rules ever happens, i.e., usage of seasoning thought to be halal while they are not, they most likely are not intended.

Food in this category are proclaimed Halal by one or more legitimate bodies that eligible to do formal certification. Most halal food products sold for mass consumption in Indonesia fall into this category, and is considered as the strongest level of Halal status by most people.

In Indonesia, though the general food inspection and standardization are done by the Health Department, specific for Halal certification it is done by LPPOM MUI, a branch of the MUI (Majelis Ulama Indonesia) — Indonesian Council of Muslim Clerics.

Some moslem though, who applies a very strict halal diet, or does not acknowledge the legitimate bodies, would still prefer to use the combination of HL1 & HL2, that is only buying similar products from a vendor they validate themselves, where they’re able to inspect the whole process themselves, and mostly known the vendor personally, or recommended by other brothers of the same strictness.

Beside of the main three, there is also one type of Halal-related status that grows more popular these days in Indonesia, especially in the big cities:

Since pork is the “superstar” of non-halal foods, and it’s the main judgement criteria used in Indonesia, a lot of new restaurants who don’t certificate themselves as halal, but tries to appeal to as wide customers as possible, i.e.: Moslem, excluding pork from their menu and uses the claim of “no pork”.

This usually applies with restaurants specializing in modern and foreign food opening in big cities where as though Moslem is still the majority population, they are less stricter or are not really religious. For example: low cost Steak houses, Hip Sushi restaurants, modern Chinese restaurants, budget Italian restaurants.

While claiming they serves no pork, those who serves imported meats usually provide no clarity on its halal status either; they don’t guarantee the absence of other non-halal substances as well, which usually presented in the form of liquor-based seasoning such as wines, wine-based vinegars, sake, mirin, etc. Hence halal status in this “no-pork” claim usually is only loosely perceived, while the fact is questionable.

Outside of the popularity of Babi Guling (Suckling Pig), Balinese cuisines are also rich with dishes containing chicken and salt water fishes. There are also conventional meat producers that guarantees halal status of their food, and their main market is the halal food vendors around Bali. However most chicken used in Balinese traditional dishes are brought from traditional market which are not specifically prepared to Islamic standards – but does not known to contradict either. Hence of halal status, HL1 are most common.

As with other kind of traditional dishes beside Balinese, you need to pay special attention since Halal is a lesser standard applied in Bali, so the non-halal non-Balinese dishes are also abundantly sold here, including the Cwi Mie Malang with pork oil (haram substance) we encountered in one East Javanese restaurant near Renon area.

Those that applies HL2 standards usually includes Islamic connection in their business name, i.e. “Warung Muslim Banyuwangi”, and so far this is your best chance of encountering halal food in Bali. Other choice in this HL2 category is the ethnic-stereotype based that is always guaranteed halal 100%: the Padangnese restaurants.

They never put “halal” in their restaurant names or stated claims as it would be considered laughable for stating something so obvious — though not 100% people from Padang region (Western Sumatera) are muslim.

On a lighter note, it’s a common thing in Indonesia to label halal food with “100% Halal” claim, however such claims are more of an exaggeration than fact, since: even a 0.1% inclusion of a known non-halal substance would waive the halal status, i.e. no such thing as “99% halal” label; and in practice no one can truly examines every parts or process that goes or included in the food preparation to warrant the claim.

As about compatibility, other diet standards that is widely intersected with moslem’s halal standard and are considered generally save are Kosher, and Vegetarian — regarding the food ingredient choices. Though observation are still required to verify the presence of non-meat restricted substances, such as liquors. (byms)