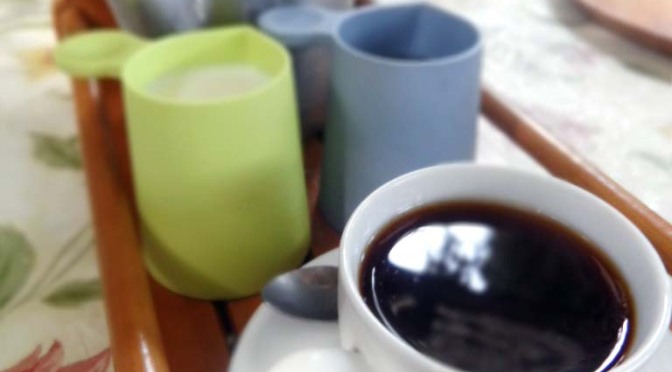 Greed may be the fuel of civilization or spare me the lecture and at least admit that it’s busy right outside on Jalan Ciumbuleuit. But take a turn left to Jalan Neglasari and it may feel like Lorien forest in the afternoon. Afterwards take a look at your right side and there you will find a sanctuary. It’s called Kedai Teko.

Nothing changes and I bet even if the owner has the means to do that, I guess they still won’t do it and still they’re sticking with a very rustic design and old-fashioned furniture. At the very least it’s normal for me to expect that in terms of the menu they’d offer something different or at least improving.

So aside from the serene surroundings, actually very serene since they didn’t bother to play the music, and my relaxed mood, Kedai Teko’s menu was still pretty much the same. Consistent with its name, Kedai Teko still serves plenty of tea varieties starting from the locals like jasmine or black tea as well as the imported like Darjeeling, Ceylon, or infused fruit teas. Kedai Teko’s also not short in coffee brews such as the original Kopi Tubruk or Cappuccino.

I headed directly for a big jug of coffee called Percolated Coffee in the menu. It’s actually a customized Kopi Aroma famous coffee beans served for a party of people with sugar and milk as the companions. Basically it’s like Cafe Americano in a jug but with a very mild taste and too soft for my taste. Still, it’s a good treat for a good price for soft bellies.

Steer clear out far from the food, unless perhaps for the snacks. The so-called Ravioli with Chicken and Shiitake, no matter how good it sounds, tasted terrible. The tomato sauce was totally forgettable and the fillings were non-existent. They also seemed to grate cheddar cheese instead the parmesan they promised in the menu. Another mistake that my companion previously ordered the same bolognaise sauce but used on an overcooked spaghettini. I won’t even bother to complete the dish as it tasted way even disgusting.

Lucky that a patron brought himself a guitar and played it from afar thus breaking the ultimate silence into a harmonious melody with the relaxed mood. Though unlucky afterwards that some customers came in loud and terribly annoying, meaning that we had to leave the place soon. 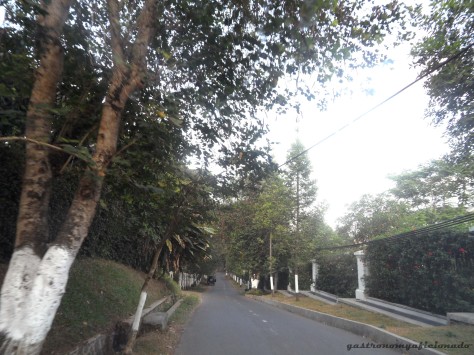 It’s a pointless nostalgic in the end and I don’t know until when Kedai Teko will survive at this state though losing them would be a blow since cafe like this one’s a bit rare in Bandung. I hope somebody will come and save it from its miserable state soon enough.

Ambiance: Silent as in haunted grave but comforting. Eh?

Service: I can’t find any around me. Oh! I’m the one who should be looking for the waitress.