If you’re thinking that tea time culture is exclusively for true, noble yet decadent Englishmen or something that the so-called socialites do in five-star hotels or abroad, then you’re completely wrong. These days everything seems accessible and for everybody! By the way, you should read the history first.

Tea came from Asian countries mostly and why the hell only the English get to have the excitements from it. We have tea ceremonies notably coming from China and Japan! But here in Indonesia, though we love tea so much and has nothing in particular about tea time or even ceremonial kind of thing but why do they steal all the spotlight? So it’s time to seize the glory and Three To Five Afternoon Tea Cafe in Bandung is there at your disposal.

Let’s just start with the bad news first though. Pretty understandable now that the previous venture owned by coffee shop franchise Daily Bread finally had to shut down the operation and that might also happen for Three To Five as well. The location might be golden but the layout is terrible. The building is definitely not in shape for a ‘decent’ cafe and with huge parking lot in front of it makes it even more ‘unseen’. I see progresses made by Three To Five by putting some catchy lamps to attract more customers but still, it’s not suffice yet or perhaps I’m just being impatient. 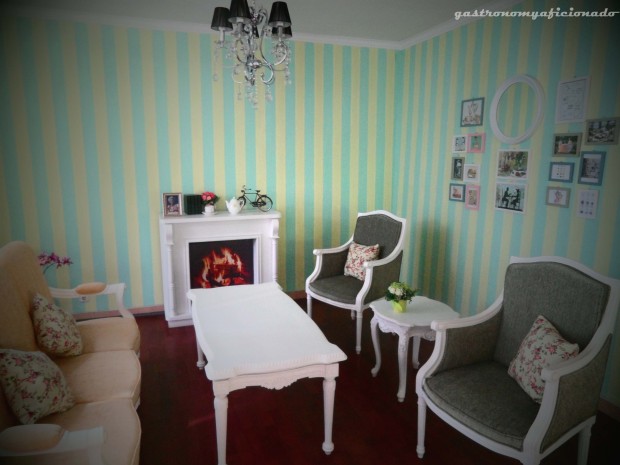 So the concept is tea time cafe which actually lacking neither in presentation nor atmosphere. I was actually hoping that there are more rooms like the only one they had in the corner, the tea room with classic design of  old-time couch, fireplace (though unreal), and the vintage wallpaper. The rest of the room feels actually empty and too spacious. I cannot feel the real English style mansion with plenty of trinkets and stuffs around or even ladies laughing while sipping their tea like vampires.

It was actually quite uplifting for me to find out that Three To Five and the legendary Rasa restaurant are connected. Therefore you can see plenty of Rasa’s products there from my hugely favorite ice cream, cookies, and up to the cakes. The proprietor, Mr. Kenneth, also claimed that some of the dishes are similar with those from Rasa but he also experimented with other dishes to make it clear that the place is more Western yet different from its counterpart.

So for a starter, a plate full of fried skin potatoes poured with cheese and tomato salsa sauce. The potato skins were undoubtedly delicious especially when hot but the problem lies at the necessity to finish up the appetizer A.S.A.P. Why? Sure it’s getting cold but even since the beginning, I was hoping that they could at least add a hot sauce of let’s say, tomato bolognaise combined with the salsa and cheese. Or just minus the salsa and give us the beans then make it into a magical chili con carne! Surely this dish is already beautiful and plenty of creativity and be done even from those skins.

Still at this point where people supposed to have their English tea time, I still see not so many people around the place. This is something urgent that Three To Five must educate to many Indonesians particularly those who live in Bandung that they’re bringing a new custom here and promotions must be done intensively! Last month they might be still preparing the cake dishes for the tea time but now that everything’s done, I’m hoping to see more about it.

But let’s refrain the excitements first and head for one of their main dishes which notably consist of steaks. This one is called Three To Five Tenderloin and without being asked the meat temperature first, they served it well-done. Quite nice though I actually preferred medium well-done grade as always. The sides are very extensive such as a thin smoked beef which I deemed unnecessary since the meat already quite rich, then came hash brown potatoes, spinach, basil sauce. So it’s a bit sour and savory at the same time but with mozzarella washed all over the meat and the spinach, I think that they stole the spotlight instead of the meat quite unfortunately.

Steak can be pretty tricky these days. Sometimes I prefer a very traditional steak, grilled straight, and poured by the traditional sauces of BBQ, mushroom, and black pepper. It’s a well-known recipe by most Indonesian, they even started to notice about the importance of temperature just recently. But beyond that, steak is not that simple anymore and Three To Five decided to enter the area for the sake of how ‘Westernized’ its genre is. 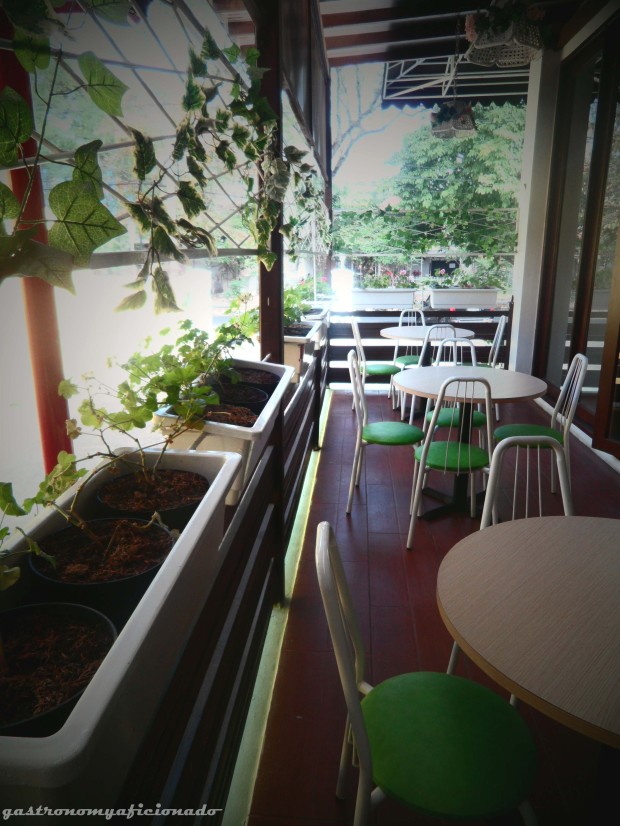 Thus after exchanging gestures with the owner and observing the slow progress to the road of fame, finally our tea set arrived. Well, I gotta tell you that there are some things that might prove to be a hindrance for you. First, you gotta pick the right time for this, especially unlike me who challenged these beautiful trophy straight after lunch. Secondly, most of these cakes are sweet therefore you gotta prepare yourself again. Third, I found the collection of the tea still inadequate. I was hoping for a more traditional kind of English tea such as the English Breakfast, Earl Grey, Darjeeling, and others but here you’ll ‘only’ find infused and flavored tea such as peppermint, chamomile, mango, strawberry and other fruit teas.

Objections have been landed and let’s just go straight to the sides then. I have no objection whether Three To Five wants to use the traditional cakes or not but it’s still an interesting and colorful array of cakes! There are homemade French macaroons, cupcakes, eclairs, brownies, chiffon cakes, marzipan, scones, and the rest would be the savouries such as sandwiches and Rasa’s specialties bitter ballen and sausage broodjes.

After all, Three To Five needs to shout out about its existence even louder or doomed to the same fate like its predecessor. I fear for that since it’s quite rare to see tea cafe like this in Bandung and it would be a waste if it went unnoticed. The exterior might be disappointing but the rest inside is actually quite promising. Judging the competition nowadays, people invest more in what they want to be perceived rather than what they truly offer. For example, the inept and terrible Tokyo Connection comes next. For now, Three To Five, please hang on like those little tomatoes (it’s a song title, sorry) and show them that you’ll hit them quick and hard even before they knew it. Make them promise that they won’t just come for Rasa’s ice cream and cakes but they’ll come again for you.

Atmosphere: Half baked spacious cafe lacking in warmth and passion however promising.

Ambiance: Quiet and music feels like a distant echo.