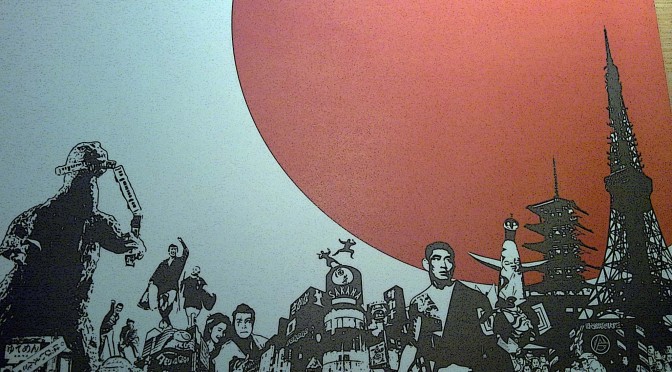 So many times I’ve been to this place yet that so many times I forgot to collect the necessary data and begin to write about it. Might as well do it now, though I can come over to this place like everyday (I work nearby the establishment). Well, Japanese restaurant has always been my favorite theme. They might be similar to one another but for Sakana, you can see it right away from your first glance. But first thing first, allow me to explain a bit about my observation for Japanese restaurants in Jakarta. Well, certainly you can always pick the people-already-know type like Sushi Tei, Takigawa, or even Hoka Hoka Bento. Haha.. Sushi Tei Bandung and the one in Plaza Indonesia, Jakarta used to have this sous chef from Japan though, but still they got in for the popular class. So from my point of view and driven by my desire to hunt for the ingenious taste, then the places that I should aim would be those from office buildings which notably many Japanese companies resided or at the very least the mall nearby such premises. True, that there are some places like these in malls, but it’s my job, my very job to seek hidden places like these and put an end to this hunger! Haha…

Okay, by the time you got downstairs, you can see other places of interest. Coffee Bean & Tea Leaf in front of you, Aro Aroy for Thai cuisine, a Japanese goods mini market called Pi-Ma, and other than Sakana would be the fellow competitor named Taichan. If you’re going deeper inside and even cross yourself to InterContinental Hotel, you’re gonna find many things! Ah Yat Abalone Forum Restaurant, The Grill (Korean and Western grill), Bakoel Manna (Manadoan cuisine), and Kantin 99 for local foods with local price tags, and at the hotel you’re going to cross against Kado and Honzen (Japanese restaurants), Bacchus (Wine & Dine), plus also mention Java and the expensive Italian restaurant, Scusa. 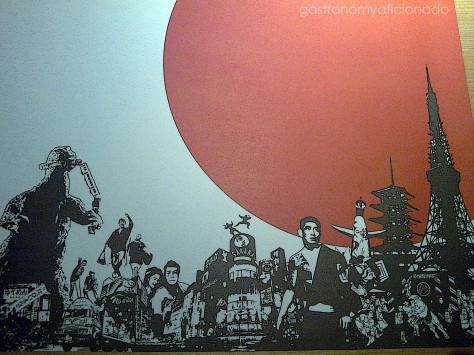 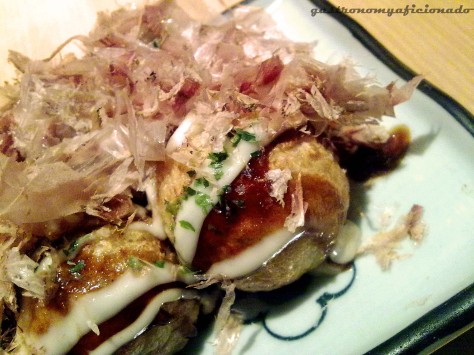 Alright alright. This time I’m really coming back for Sakana. You see, you can be a bit intimidated when you encounter the outlook of the place. It’s dark and you’ll be forced to lead into  a gloomy alley which turns out to be an old Japanese kind of night street festivities with many foodstalls on it but only two actually in Sakana. Those that serve takoyaki and oden. Well, from this point of course, you will be led by a waitress to your seat. By the time you got into the main hallway, you would never guess the place could be that huge! A maze made out of the private rooms. There rooms of course can be mobilized to create a new map for the maze because they got wheels down there! Each room offers different size but some rooms are interconnected with each other. Might as well give it up to any waitresses who lead the way, but be sure to tell them if you want a personal room. Nothing kinky here though. Haha.. Some rooms which don’t have wheels (strange isn’t it), they do have the sliding doors but were made out of loosely lined up bamboos. Anyway, the maze will end up in a big VIP room, the kitchen, and also the sushi bar with the kushiyaki barbeque. But of course, once again, I warrant that the favorite place would be the private rooms, be it with your friends or significant other.

On several occasions, I got myself to taste the legendary takoyaki here. I bought it for the appetizer, I ate it for dessert (well, for some of my friends, they don’t mind to buy it coz this place is the only indoor smoking haven in the premise!), and I brought it back home too. The thing is, I love it! So far, only the original ones though, haven’t had the chance to try the rest. But it’s actually funny because, aside the original, they poured the takoyaki with demiglace sauce, they had this Jawa Takoyaki which actually use spicy sauce and beef flakes/floss, then they also got Curry Takoyaki, Akashi Takoyaki (with soup), Dezatako Godzilla and Dezatako Harajuku (in which they also use macha ice cream for it). Seriously, these are wicked combination, but still, many people refuse to believe how good it actually is if they, eventually, ask questions like ‘What’s inside a takoyaki? What is tako anyway?’ and so on. And by the time they actually comprehend what a tako is, they had this long face, frowned, remembering those tentacles and the heads and blablabla. Long story short, they wanna be kept out of this cute tasty creature! Well, FYI, tako is an octopus forgodsake! Not that Mexican food. What a crispy joke that would be. Mind the heads and the tentacles, just bring it on and eat! 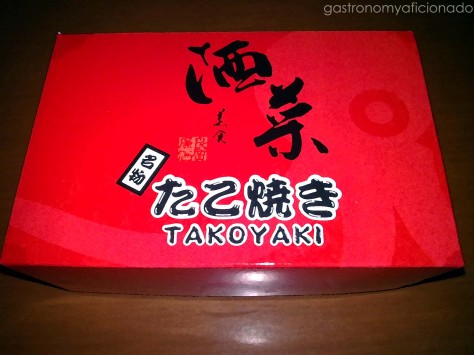 A portion of original takoyaki (IDR 35,000) consists of 6 big balls baked on a special stove, topped with okonomiyaki sauce, mayonnaise, and plenty of aonori. Aonori, literally in Japanese would be ao – blue and nori – seaweed, but it’s actually more like another type of edible seaweed frequently used as a topping for many Japanese dishes. The main ingredient of it all, the tako itself comes actually from the baby octopus, it’s like the one you see orbiting around the sushi restaurant on its conveyor belt, so there’s no need to worry about it. Instead think about the baby kailan, baby corns, or even the cherry tomato in salads. How cute they are right! Now, all you gotta do is associate it with the tako and there you go. Delicious!

Aside from the takoyaki, you can always guess what a complete Japanese restaurant would offer. A wide range of various dishes from oden, donburi (lunch/dinner box), yakitori (skewers), teishoku (lunch set), sushi, sashimi, menrui (noodles dishes), plus the authentic Japanese liquors of course. The price range for this place is very friendly comparing the competitors in Jakarta. But the service tax certainly one of the highest. Well, for lunch, I recommend the teishoku of course, but after comparing it with several restaurants, the grilled fish here was just great! I have tried the shishamo (smelt), shake (salmon), and sanma (mackerel) so far. For cheaper lunch set, you can try the crispy chicken cutlets of course. All of it comes with miso shiru, rice, salads, and pickles. Plus if you wanna go green or vegan, you should also try the Yasai Itame Set, it’s just great! They simply stirred veggies and shiitake mushroom then put on top of a hotplate, of course added with the same companions like all teishoku do. Too bad that (like Sushi Ippachi), they don’t provide teishoku at night.

So this place turns out to be an izakaya of some sort. A place for drink and snacks. Though mostly dominated by beers, sake, and shochu but experiencing the feeling of a night Japanese town leisure districts with lanterns, private rooms resembling the foodstalls with seatings, and of course the tatami mats and low tables would certainly be very grasping, right? Day or night would bear no difference once you get inside this place. You can go for private here or partying a la Japanese people after work! Still you gonna hear plenty of Japanese talks, hearty laughs, but at the same time, privacy guaranteed!

The Judgment (based on scale of 10 score plus the comments):

A very unique Japanese restaurant as far as I’m concerned. It may be intimidating, but privacy would be the keyword once you get inside this place.

With 10% service charge, the waitresses can actually put more smile. They do helpful and swift, but should be friendlier. Perhaps it’s already a habit for them to serve Japanese people this way.

The best takoyaki ever! As for the other, you can almost guess. Pretty much the same but certainly is good.

This is the threshold for my average insatiable satisfaction level. I’m still looking for better places with more balanced score, but Sakana certainly tries to be one of them that could keep up with my standards.